BILLY HAWKS; The New Genius Of The Blues/Heavy Soul (BGP) 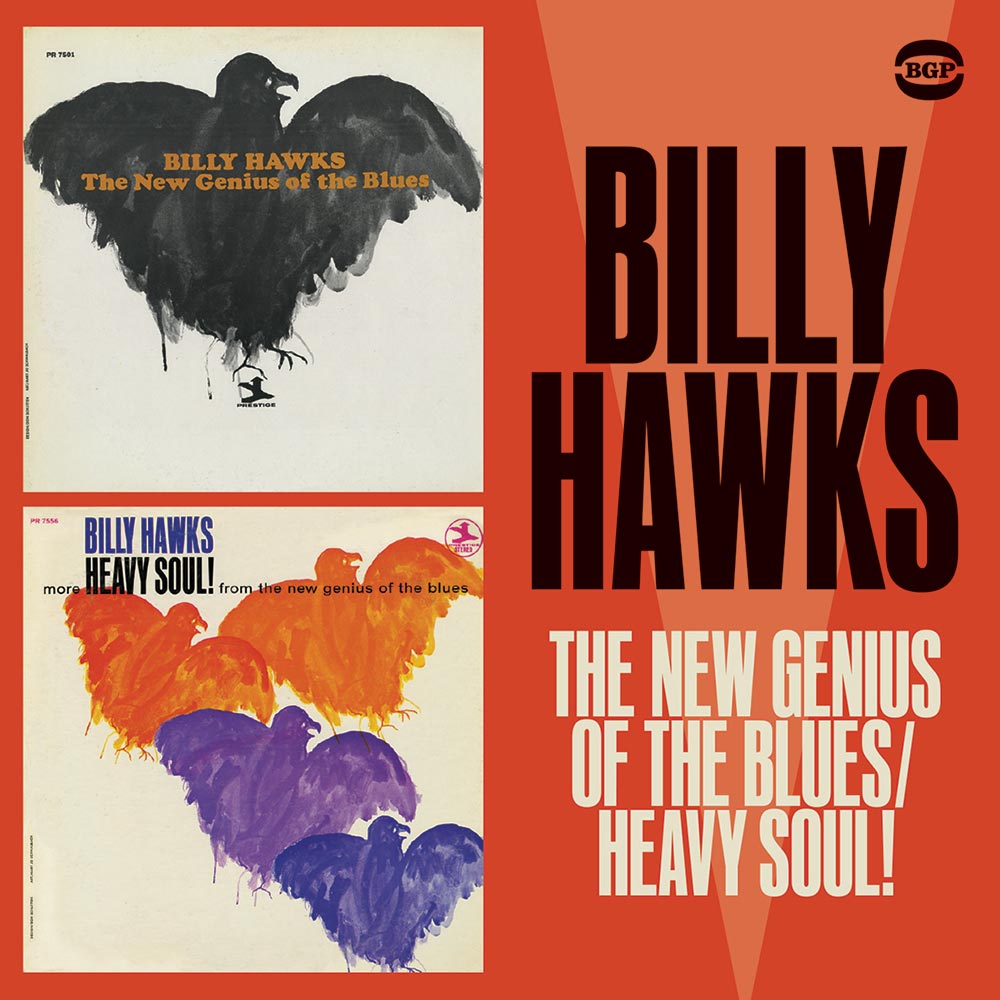 Organist Billy Hawks doesn’t even make the footnotes in most soul and jazz histories but one of his recordings – the irresistible ‘O’Baby (I Believe I’m Losing You’) – has been a soul and jazz club floor filler since it was discovered by the crate diggers thirty years or so ago. It’s easy to hear why. The cut’s three minutes worth of raw, foot-tapping soul-jazz. Like all the best soul and jazz, it’s almost impossible to analyse its appeal but the cut manages to capture the atmosphere of the best of Ramsey Lewis’s Chess sides and marry that to the passion of Ray Charles and the basic jazz licks of Jimmy Smith.

The track was a highlight on Hawks’ album ‘Heavy Soul’ – one of two LPs he recorded for the Prestige label and both albums are the subject of this Ace/BGP “twofer”. Very little is known about Billy Hawks –even the Ace music detectives couldn’t find out too much. What we do know is that Billy Hawks grew up in Blackstone, Virginia. One of a large, church-going family he learned piano and organ at an early age and eventually pitched up in Philadelphia where with his trio (Joseph Jones, guitar and Henry Terrell, drums) he scored a deal with Prestige. There he recorded the two LPs on this release. Neither enjoyed success and though dropped by the label, Billy and his sidemen continued to play the local clubs and lounges till he sadly died of a heart attack in the early 80s.

He’d just turned 40 and left nothing but this musical legacy…. two albums of wonderful soul jazz. Yes, that music is very much in the style of Jimmy Smith (organ and vocal) … Hawks even re-renders one of Smith’s hits, his version of ‘Got My Mo-Jo Working’ but it all has a wonderful tight passion that is totally engaging.

The big tune remains ‘O’Baby (I Believe I’m Losing You’) but listen up to great versions of ‘I Got a Woman’ and ‘I Wish You Love’ which quite transforms the MOR classic. Plenty of Hawks originals too… all great mid 60s soul-jazz artefacts.