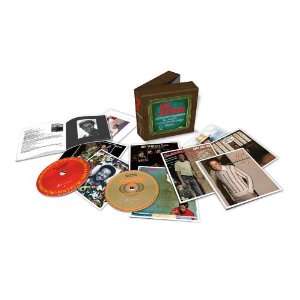 ‘I found peace in a wheelbarrow full of cement,’ Bill Withers told me in 2005, explaining how he became so absorbed in building work and home maintenance that he put his successful music career on the back burner. That happened back in the mid-’80s and today, over 25 years later, his career as a singer/songwriter is still on the proverbial back burner. In fact, the affable troubadour, who hails from a small coalmining town called Slab Fork in West Virginia, hasn’t recorded a new album of fresh material since 1985’s ‘Watching You Watching Me.’

But Bill Withers has never really been away – or at least his music hasn’t. The key songs in his repertoire – those with which he built his fame on all those years ago – are frequently covered by other singers and can still be heard on the radio all over the globe: immortal songs such as ‘Ain’t No Sunshine,’ ‘Lovely Day,’ ‘Use Me,’ ‘Lean On Me,’ and ‘Grandma’s Hands.’ Those songs encapsulate the singularly soulful essence of Bill Withers’ talent: they’re unashamedly simple, nakedly honest and tremendously affecting. They proclaim Withers as a master craftsman: an artisan with a genius for storytelling and whose material’s apparent simplicity is a reflection of his superior skill as a tunesmith.

For those listeners that want to delve deeper into Withers’ catalogue and beyond the familiar chart hits, this excellent new 9-CD career retrospective is a must-have artefact. It’s a chronologically-sequenced assemblage that spans the years 1971-1985 and presents each of Withers’ nine albums in a mini-LP replica sleeve.

The singer began his career at Clarence Avant’s ill-fated Sussex label in 1971 and issued four LPs for the company. His debut long player, ‘Just As I Am,’ made an indelible impression on the public on both sides of the Atlantic and yielded the hits ‘Ain’t No Sunshine’ and ‘Grandma’s Hands.’ But it wasn’t a two-track wonder, as other great cuts like ‘Harlem’ and the sombre ‘Better Off Dead’ illustrated. ’72’s ‘Still Bill’ was even better. The killer cut was ‘Use Me,’ a bitter ode about abuse and exploitation intoned over a funkafied backbeat and fuzzy, see-saw, clavinet riff. The anthemic ‘Lean On Me,’ proved immensely popular (it was a US R&B and pop chart-topper) while the paranoia of ‘Who Is He (And What Is He To You)’ showed a darker side to Withers’ work, as did the brooding ‘Lonely Town, Lonely Street.’

Capitalising on Withers’ popularity, Sussex cashed in with a live album, ’73’s ‘Live At Carnegie Hall,’ which cogently demonstrated how potent the soul troubadour’s mellow approach and minimalistic style could be. A highpoint of the LP was ‘I Can’t Write Left-Handed,’ a poignant, haunting song that was inspired by America’s involvement in the Vietnam War and its effects on young soldiers. Withers’ final album for Sussex before the company went belly up through financial problems was ’74’s under-appreciated ‘+’Justments,’ a set that only gained its first CD reissue a couple of years ago. It’s a superb set and contains another great Withers’ song, ‘The Same Love That Made Me Laugh,’ a melancholy dissection of a failing love affair (in a similar vein from the same album is the noteworthy ‘Heartbreak Road’).

Columbia bought Withers’ contract from Clarence Avant and in 1975 he delivered ‘Making Music,’ which was an auspicious debut for his new label and contains the US hits ‘Make Love To Your Mind’ and ‘I Wish You Well.’ It was solid but unspectacular. Its follow-up, ’76’s ‘Naked & Warm’ lacks consistency and didn’t do as well commercially with the singles ‘I Didn’t Mean You Well’ – a plaintive confessional – and the funk-infused ‘Close To Me’ struggling to make an impact. It was a different story in commercial terms when Withers’ 1977 opus, ‘Menagerie’ was released. On the back of the memorable hit ‘Lovely Day’ – co-penned by Withers with Skip Scarborough – the parent LP sold in big quantities and brought Withers a lot of attention. His sound was different too – slicker with bigger production values.

’79’s ”Bout Love’ found Withers mining a similar pop-soul groove but didn’t yield a big hit and is largely neglected as a result. But the singer’s in good voice and the material isn’t bad, even if it doesn’t reach the peaks of his early Sussex albums. ‘All Because Of You’ and ‘You Got The Stuff’ – the latter a mesmeric slab of earthy funk – are the standouts. It was another six years before Withers’ next long player, 1985’s ‘Watching You Watching Me,’ which turned out to be the singer’s swansong (in between, though, he experienced a huge hit in tandem with saxophonist Grover Washington Jr in the shape of 1981’s ‘Just The Two Of Us’). Though sonically it has a strong ’80s flavour – thanks to drum machines, synthesisers, an army of female backing vocalists, plus a generic R&B-style production sheen and the occasional rock guitar solo – Withers’ unique musical character still manages to shine through. Still, it’s a far cry from the relative simplicity and intimacy of his pared-down debut, ‘Just As I Am.’

This collection, then, offers a good opportunity to re-evaluate the career of one Bill Withers, an American singer-songwriter who occupied a unique niche in the 1970s. He fused gospel, folk, blues and pop elements with soul music to distil something wholly original and in the process crafted a clutch of durable classics.

With a back catalogue this good, it’s not hard to understand Bill Withers’ reluctance to step back into the recording studio – after all, at the age of 74, it’s highly unlikely that he’ll create anything that’s on a par with ‘Ain’t No Sunshine’ or ‘Use Me.’ He’s better off finding peace in his wheelbarrow of cement – and long may he continue to do so.