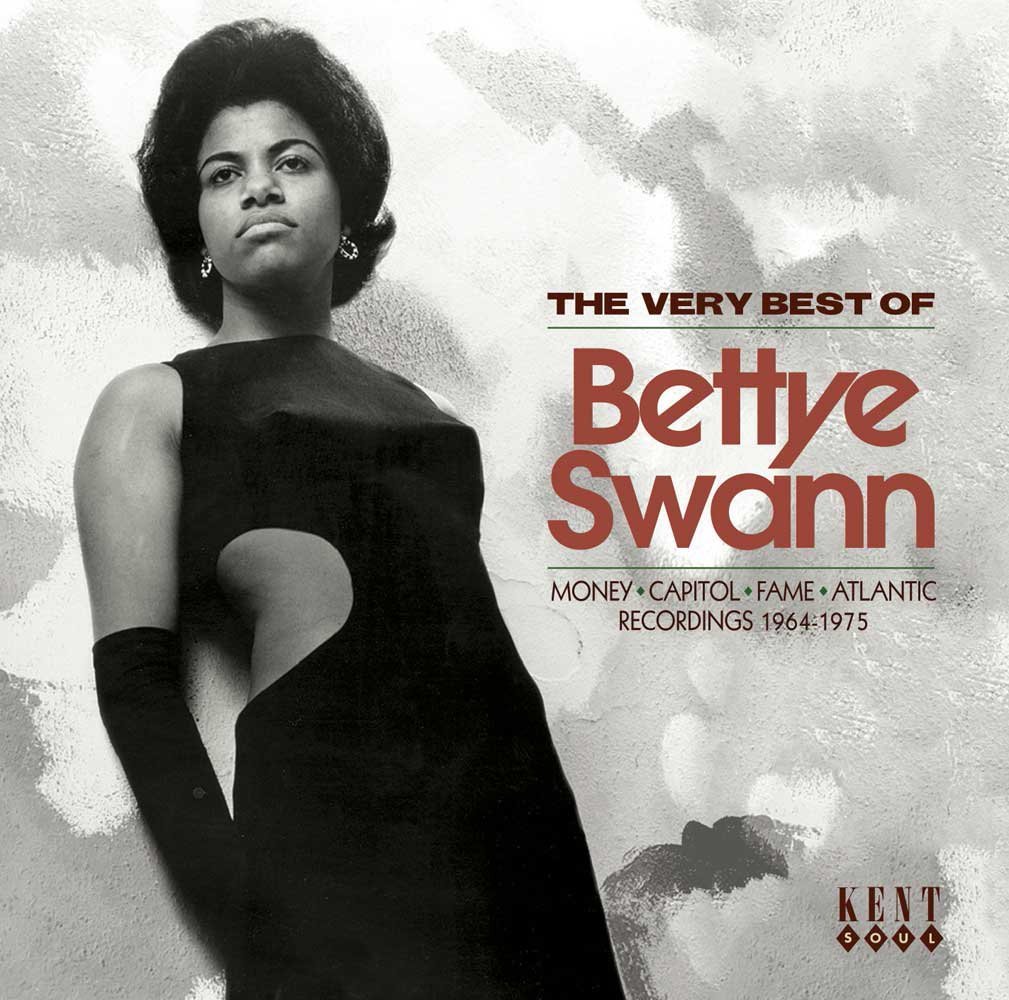 Revered by soul music connoisseurs around the globe, cult Shreveport-born songstress, Bettye Swann, is one of the genre’s great unsung heroines. She may not have achieved the fame and notoriety of some of her contemporaries (think Aretha Franklin, Patti LaBelle, Gladys Knight and Candi Staton) but she patented an uniquely mellow, understated approach to singing soul music that was the complete antithesis to the fiery, gospel-inflected pyrotechnics favoured by most of her peers. Her voice, with its beautiful, tremulous vibrato, was plaintive but gentle and as such was able to project both vulnerability and stoicism. But her time in the limelight was too short – just eleven years – after which time she retired into the shadows, leaving the topsy-turvy music business behind for the solace of her unshakeable religious faith.

Back in the summer of 1967, 22-year-old Bettye Swann was sitting on top of the US R&B charts with her immortal self-penned song, ‘Make Me Yours,’ recorded for the Los Angeles-based indie label, Money. Unsurprisingly, it’s the lead off song on this superbly-curated 24-track retrospective, the first ever to cover every label that Bettye recorded for during her short career. Her work for Money got Bettye noticed (there are nine cuts from her tenure with Ruth Dolphin’s indie label) and in 1968, she signed with major label, Capitol, where her musical direction under producer Wayne Shuler embraced the country-soul aesthetic that Ray Charles and Solomon Burke had helped to establish in the early ’60s. Highlights from this period (which produced two complete studio albums) include ‘Angel In The Morning,’ ‘(My Heart Is) Closed For The Season,’ and ‘Touch Me.’

A brief stopover at Rick Hall’s Fame label in 1971 yielded a solitary single, ‘I’m Just Living A Lie,’ before she inked a deal with Atlantic. The major label didn’t do right by Bettye, though, issuing just a handful of singles in a disappointing four-year tenure that saw her recording both in Southern and Philly soul styles. Examples of both can be found on this compilation. ‘Today I Started Loving You Again’ is a soulful yet urbane deconstruction of Merle Haggard’s country hit, while the bittersweet ‘Kiss My Love Goodbye’ (a Modern Soul scene favourite) finds Bettye’s voice in the hands of Philly production trio, The Young Professionals, who frame it with lush symphonic strings and a slick dance pulse. There are many more Atlantic-era gems featured here (among them the deliciously imploring ‘I Want Sunday Back Again’ and a poignant valediction called ‘Time To Say Goodbye’), which confirm for this writer that the singer delivered her best performances for Ahmet Ertegun’s label even though the company didn’t appear to support her music properly.

After parting company with Atlantic in ’76, Bettye continued to perform until 1980, when her husband (who was also her manager) died, and then dropped off the radar completely, preferring to live quietly away from the limelight. Reissues of her work in the past decade or so combined with the interest that they generated eventually culminated with her being persuaded to appear at Cleethorpes Rare Soul Weekender in June 2013. Instrumental in bringing Bettye over to the UK for that memorable one-off concert was Ace’s Ady Croasdell, who compiled and wrote the liner notes for this stupendous collection, which is undoubtedly a superlative chronicle of her work.