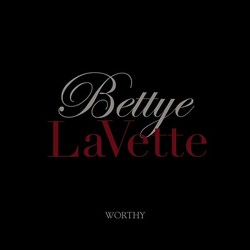 With her raspy delivery infused with gritty soul power, veteran R&B singer, Bettye LaVette, possesses a voice that’s instantly recognisable. She’s enjoying a successful career now but it wasn’t always that way. After scoring her first hit for Atlantic as a fresh-faced teenager back in 1962 – ‘My Man – He’s A Lovin’ Man’ – the Michigan-born singer discovered that the success that her debut hit had achieved and seemed to guarantee was almost impossible to replicate or sustain. A series of singles on different labels during the ’60s and ’70s fell largely on deaf ears. She tasted some big deals along the way – at Atco in the ’70s and Motown in the early ’80s – but for various reasons Lady Luck seemed intent on giving Bettye a hard time. Finally, after years of toil and paying her dues, in 2005 at the age of 59 Bettye’s luck changed for the better. Her album ‘I’ve Got My Own Hell To Raise’ for the Anti- label was critically acclaimed and heralded a musical rebirth that kindled a career renaissance that continues in 2015.

After four critically-lauded albums for Anti-, Bettye has joined the roster at the UK’s Cherry Red label. ‘Worthy‘ reunites her with producer, Joe Henry, who masterminded her renaissance album, ‘I’ve Got My Own Hell To Raise,’ exactly ten years ago. There’s certainly a palpable chemistry that the pair generate when they work together: Henry intuitively knows how to coax powerful, heart-rending performances from the 69-year-old singer, whose craggy, lived-in voice improves with age. Indeed, she’s on top form on the album’s eleven songs, which stylistically follow the same trajectory as her more recent albums, with an emphasis on re-making rock and pop songs in her own image.

Last time around, Bettye explored tunes by this nation’s tunesmiths (on her Grammy-nominated ‘The British Rock Songbook’ album in 2010) and here, there are echoes of that album with the inclusion of material from UK blues band Savoy Brown (the Chris Youlden-penned When I Was A Yong Girl’), The Rolling Stones (Complicated,’ a rocky stomper), and The Beatles (‘Wait’ from their ‘Rubber Soul’ album), the latter reconfigured into a lachrymose ballad with skeletal acoustic guitar and ghostly organ. Elsewhere, Bettye superbly deconstructs songs by Bob Dylan (‘Unbelievable’), Beth Nielsen Chapman (‘Worthy’) and Micky Newbury (‘Bless Us All’). Such is her skill that she’s able to transform those songs so that they resonate like autobiographical moments distilled from her own life experiences. Only a handful of singers possess the ability to do that convincingly and this album confirms that Bettye LaVette has that rare gift of being able to inhabit other people’s songs so that they sound as if she wrote them herself. Pure genius.