BETTYE CRUTCHER: ‘Long As You Love Me’ (Ace/Stax) 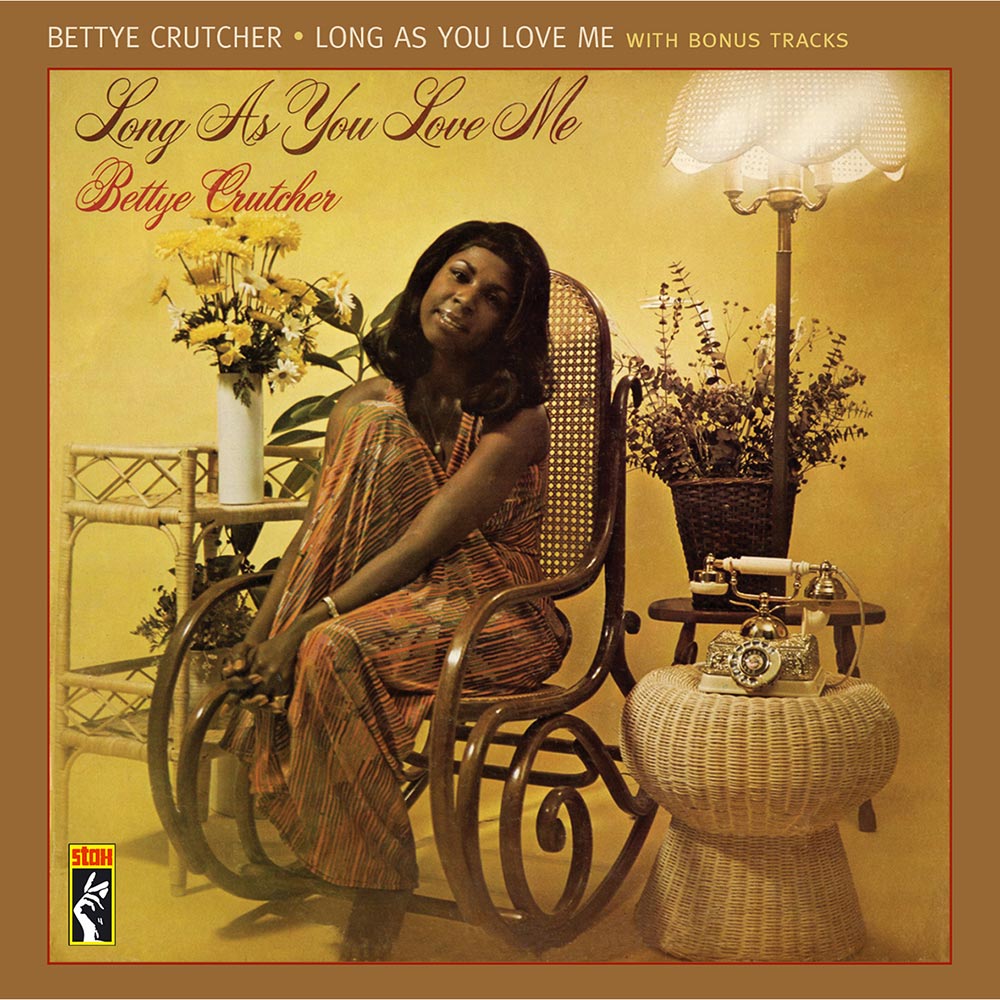 A prolific songwriter whose talent has long been underappreciated, Bettye Crutcher’s name is revered by well-read members of the soul music community; especially by those who are aficionados of Memphis’ iconic Stax Records. Bettye first made her mark in the music business in 1967 when she working as a nurse by day and writing songs at night. She auditioned for songwriter/producer David Porter at Stax – he was Isaac Hayes’ writing partner and co-penned a slew of late-’60s hits for Sam & Dave, including ‘Soul Man’ and ‘Hold Om, I’m Comin” – and got turned down because her songs weren’t earthy enough but returned a few days afterwards with a bluesy tale of adultery called ‘Who’s Been Sleeping In My Bed,’ which Johnnie Taylor recorded and became a huge US hit. At Stax, Bettye blossomed into a fine songwriter but it was when she started collaborating with fellow Stax staff writers, Raymond Jackson and Homer Banks, that she hit chart paydirt at the start of the ’70s. The trio – who dubbed themselves ‘We Three’ – penned a slew of fine songs for the likes of Carla Thomas, Darrell Banks, and the Staple Singers but by 1974, when Stax released this on their Enterprise imprint, Bettye’s solitary solo album, she was mostly working with fellow writer, Mack Rice.

It’s a mystery why such a remarkable album as ‘Long As You Love Me’ has never been reissued on CD before. True, the album didn’t yield any big R&B hits but that had more to do with Stax’s seeming reluctance to promote the LP than an absence of quality. In fact, it’s packed with many fine and memorable cuts – ‘Sunday Morning’s Gonna Find Us In Love’ is a superb groove ballad riding on a hypnotic bass line and distinguished by a super-infectious chorus. The up-tempo ‘Sugar Daddy’ is another standout, framing Crutcher’s mellow-voiced vocals with sonorous flutes and dancing strings. Recorded at the fabled Muscle Shoals studio in Alabama, the whole album sparkles – Crutcher’s vocals, though delicate and understated, are right on the money and the production, arrangements and accompaniment are all first class. And then there are the songs – and there’s not a dud amongst them. For ballad lovers, the churchy ‘Call Me When All Else Fails’ is sweetly compelling and ‘Sleepy People’ features lush strings and a laid back funk undertow. Even better is the mid-tempo and bittersweet ‘Up For A Let Down’ (great title by the way), which almost has a pop-like Bacharach-David feel.

Appended to the original album is a bumper crop of bonus cuts – four previously unissued masters and a couple of demos from the Stax vaults. They’re all top-notch, ranging from ‘So Glad To Have You,’ a slinky syncopated groover, to the blithe romantic ballads, ‘Make A Joyful Noise’ and ‘We’ve Got Love On Our Side.’ I’m always reluctant to hand out five star reviews but this really is an essential reissue package – one that all serious and committed soul fans should invest in post haste.