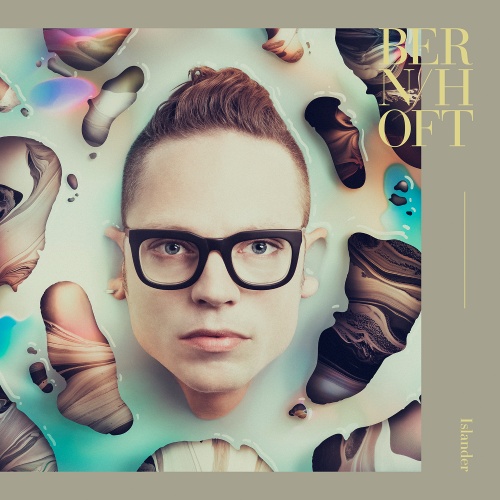 Bernhoft is a Norwegian blue-eyed soulster and ‘Islander’ is his third full album. He cites his influences as Stevie Wonder, Sly Stone, Carole King and Swedish pop and even a cursory listen to ‘Islander’ bears that out. The 9 tracker (we can’t really count the two short “skits”) is a mix of well-crafted songs (à la Carole King), soulful vocals (in the manner of Mr W.), funky experimentation (as Sly was wont to do) and an element of quirkiness (the Swedish pop influence, I guess).

The album opens with a pacey ‘Come Around With Me’ which is built from most of the elements just listed above. Mr B wades in with a convincing soul falsetto and the tune’s retro qualities were enough to win it a place on Radio 2’s playlist. The flavour’s different on ‘Wind You Up’ on which Bernhoft shows off his vocal beat boxing skills while the best funk offering is ‘Everything Will Be Alright’. This one is right out of the Sly Stone stable though the set’s other stab at the funk, the oddly titled ‘Esiwalk’, is an unfocused ramble – more akin to Prince than Sly.

Elsewhere ‘One Way Track’ is a pretty pop offering and ‘I Believe In All The Things You Don’t’ is a passable electro-tinged ballad… neither that remarkable though.

However, nestling on ‘Islander’ are two quite remarkable soul outings that come recommended. First up there’s the smouldering ballad, ‘Don’t Let Me Go’. It’s sparse and plaintive and the vocal is pained and soulful .. sombre in the extreme.

More uplifting is the album’s other big tune – a fab little thing called ‘No Us, No Them’. This is a chugging, pulsing beater in the fashion of Hi. It’s driven along by subtle Hammond shadings from David Wallumrod and the tune boasts a great melody. The cherry on it all though is the contribution from a certain Jill Scott. Bernhoft’s a long time fan of the Grammy winning soulstress and actor and persuaded her to join him on the song. He flew out to LA to record the song with her – so it’s not one of those duets by proxy. And, you know , that physical proximity is obvious…. ‘No Us, No Them’ is a great soul cut by any standards.

Mr Bernhoft has just been wowing the hordes at Glastonbury. He’s back in the UK in the Autumn, by which time his name might be more well-known… you can learn more for yourself @ www.bernhoft.org