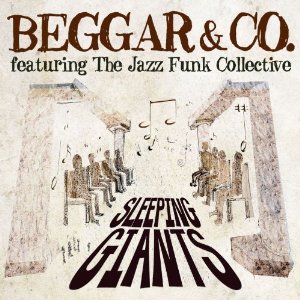 Beggar and Co are veterans of the London jazz and soul scene that flourished in the 80s and since those halcyon days it seems they’ve never really been away. The core of the band have worked in all kinds of guises and incarnations and now – still marshaled by original members Kenny Wellington, David Baptiste and Neville “Breeze” McKrieth – they return with one of their strongest albums yet – released appropriately on Expansion Records, home to the very best modern/retro soul sounds.

The 14 tracker boasts a guest list of Cecil D DeMille proportions and the vocalists, in particular, make this a very special set. Ian Pitter and Shereen Dyer (new names to us) help kick things off with a spirited reading of Stevie Wonder’s ‘If You Really Love Me’. This new arrangement doesn’t stray too far from the original (maybe a little more restrained) but making it a duet adds a new dimension. Gee Morris-Osborne (who’s had hits as part of Innocence) brings a soulfulness to the funky ‘Rise’, the pacey ‘New Beginnings’, the percussive ‘Changes’ and the slinkier ‘Rainbows’. A cover of The Crusaders’ ‘Street Life’ is another album highlight… here the vocals are courtesy of Emma Louise Harris while it’s Camelle Hinds who takes honours on ‘Yesterday’s Gone’ – a real 80s jazz-funk throw back this one.

Breezy instrumentals like ‘Summer Is Here At Last’ and the album’s title track add real variety and allow the top notch players (like Harry Brown on trombone, Kevin Briggs on guitar, Phil Ramacon on keys and vibraphonist Orphy Robinson) to really shine. Instrumentalists and vocalists come together most gloriously on the wonderfully laidback ‘Victoria Park’. It’s a lazy but delicious amalgam of the Blackbyrds’ ‘Walking In Rhythm’ and Light of the World’s ‘London Town’. Clocking in at just over 7 minutes it’s a meister work of the genre that Beggar and Co helped define and like the rest of the album comes highly recommended.