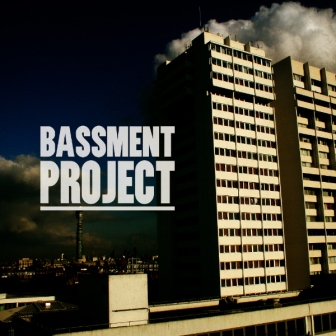 Bassment Project is a London-based soul band fronted by Mike Davies (vocals and guitar) and Phil Simmonds (bass).They came together in 2011 at one of London’s popular jam nights and they subsequently recruited a big team of young soul musicians to help them deliver this, their debut LP.

The cut that is currently garnering all the attention is ‘All About The Blues’. It’s a big, loose soul workout featuring Rizzle Kicks – with whom members of the band have played regularly – but the cut’s USP is the contribution from soul legend Betty Wright. The southern soulstrees is in fine form duetting with Davis and trading licks with the Rizzlers and the cut kinda sums up the feel of the whole set – a clever and respectful mix of old soul sensibilities with contemporary vibes. Hear that cocktail again on the set’s lovely closer – ‘Summer Sunset’. The song’s a duet between Davies and (on my copy, at least) an unnamed female and it begins with a distinct feel of Hi about it – particularly in the light, punchy brass. Then, after about three minutes it takes wing in a free flowing summer jam that encapsulates the implications in the song’s title. Hi is the flavour, too, on another of the LP’s soul highlights – the sweet ‘Lift Me Up’. Mike Davies’s vocal is totally impressive here. ‘Over You’, which opens proceedings with its loping ‘Masterblaster’ feel should remind you of Stevie Wonder, though ‘Change is The Only Certainty’, Nightmares Of You’ and ‘New Generation’ are distinctly 21st century. .. big and beaty, all.

‘Someday Soon’ and ‘I Can Give You Love’ show that the ten piece can do tender ballads with the best and with sell-out shows and tours with the Brand New Heavies and Rizzle Kicks under their belts, the future’s bright for Bassment Project. Now a welcome and permanent feature on the London soul scene, they’re ready and clearly able to take on the world.