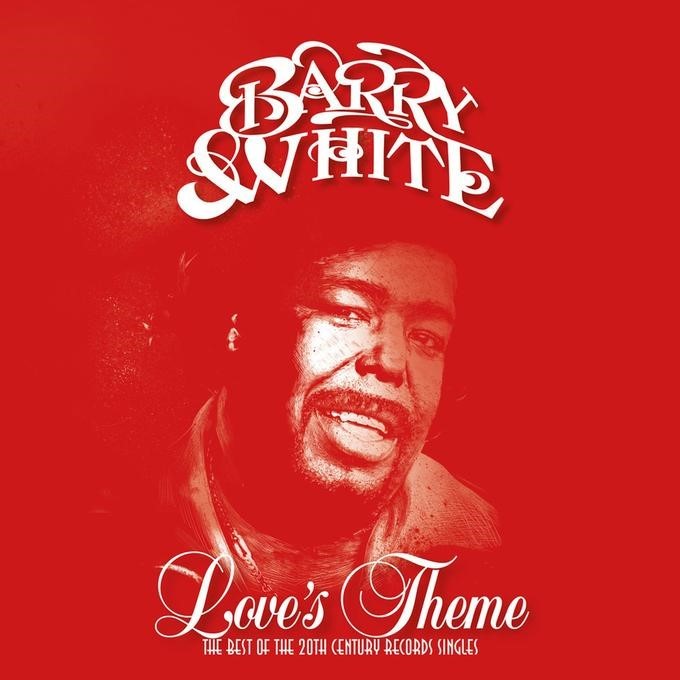 It’s 45 years since the man with the deep, treacly voice originally from Galveston, Texas – I mean Barry White, of course –  made his debut for the 20th Century label (which was a subsidiary of the movie company, 20th Century Fox, and was later sold to Casablanca and is now owned by Universal). White was a reluctant solo artist at first and preferred the less conspicuous role of songwriter and producer but was encouraged to step out front into the spotlight when 20th Century’s boss heard some demos with White’s voice on that the big man was preparing for another male singer. It was a move that changed soul music history. Very quickly, White’s basso profundo voice combined with his opulent orchestral backdrops ushered in the age of the symphonic groove ballad and also lit the touch paper for the disco movement.

To mark White’s explosion on the music scene, Universal are issuing a clutch of splendid retrospectives. The biggest and most magnificent of them is a box set of ten 7-inch vinyl 45s called The 20th Century Records Singles (1973-1975), which is bookended  with ’73’s ‘Love Theme’ and ends with ’75’s ‘Let The Music Play.’ That’s for the serious collectors, and so too is a 3-CD/LP set,  ‘The Complete 20th Century Singles 1973-1979,’ which contains 46 tracks (all the singles and their flipsides).  If that seems a  little excessive then the single disc distillation,  ‘Love’s Theme – The Best Of The 20th Century Records Singles,’ might suffice. It’s a veritable cornucopia of riches, which takes the listener on a journey deep into the heart of White’s remarkable oeuvre.

This particular collection opens with the evocative instrumental  ‘Love’s Theme’ (released by one of White’s side projects, the Love Unlimited Orchestra), which functions as the curtain-raising overture to twenty brilliant White songs, ranging from the smouldering erotic funk of ‘Never, Never Gonna Give Ya Up’ with its heavy breathing and shimmering Gene Page orchestration to propulsive disco grooves like ‘Can’t Get Enough Of Your Love, Babe,’ featuring one of the singer’s deep-voiced monologues, to lush bedroom ballads exemplified by ‘I’ve Got So Much Love To Give.’ Other classic  tracks include ‘You’re The First, The Last, My Everything,’ ‘I’m Gonna Love You Just A Little More Baby,’ ‘It’s Ecstasy When You Lay Down Next To Me,’ and White’s soulful take on Billy Joel’s ‘Just The Way You Are.’  Thanks to new remastering (at Abbey Road studios no less), all of them sound as fresh and vibrant as they did back when they were first cut in the 1970s. This ‘Best Of’ is also available on double vinyl which includes as a bonus Love Unlimited Orchestra’s ‘Satin Soul.’  It will be 15 years in July since Barry White died but this 24-carat sterling collection, which commemorates his genius, attests to the immortality of his music.