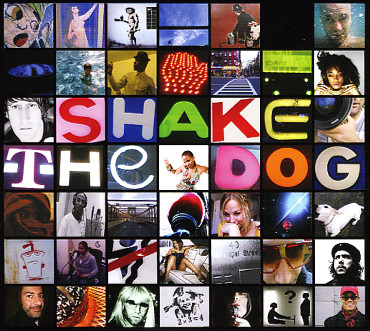 Julian Bendall’s Bah Samba crew have been making music since 1995 and not only has their career been diverse but their music’s been hard to pin down. As the name implies, there’s a huge Latin influence going on in there but then again they’ve been responsible for some great soul (remember their work with the Fatback Band?); equally they’re darlings of the soulful house scene and their good time music’s been a key ingredient of many top club nights. But Bendall’s people have a serious side too and the band have never been afraid to tackle issues head on. If you want to get grips with the band and its moods, then this new album will allow you to do just that. The first album on the Brighton-based Favouritizm label, ‘Shake The Dog’ showcases the many sides of Bah Samba and it does it with a huge confidence and panache engendered by the team’s experience and commitment.

Coming from a soul perspective, the big tune here is ‘Run’. Built on rock steady, booming beats, it features an insidious guitar riff and a passionate vocal from Monique Bingham. The lady’s at the mic for ‘Do It’ too. Plenty of soul here as well – though with a Samba-esque twist to it all. There’s a Latin flavour too on ‘Tired Little One’ – great for the movers who’ll also lap up the soulful house grooves of ‘Spring And Autumn’, ‘Moonlight’ and ‘Everybody Get Up’ – those last three rivalling anything on the legendary Naked label. ‘Have You Got Your Bootz On’ is Bah Samba’s homage to funky disco, while ‘Sabor’ will allow you to chill awhile. So far, so good – all straightforward, good time music for good time people. The intrigue comes with tracks like ‘Planet’ and ‘Pimp’. Both are spoken word pieces (featuring Tanto and Princess respectively); the former is a brief ecological poem and the latter explores the world of pimps and prostitutes from the perspective of a girl caught up in it all. There’s more intrigue on the jazzy ‘It’s Your Love’ featuring a vocal from “Daddy’s Girl” – who we’re told is more famous than anyone’s telling, while ‘Kite Yo Danse’ is the LP’s big workout; it’s a disparate jazz number with input from top NY producer Jephte Guillaume.

In a nutshell, then, something for everyone… and we’re told that in making ‘Shake The Dog’ no real animals were hurt! Can’t say fairer than that!