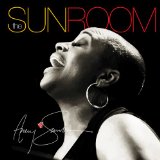 It’s been a whirlwind few years for Avery* Sunshine. Three years ago the gospel trained singer, born Denise Nicole White, debuted with an acclaimed album that instantly won her a legion of fans and since then clever remixes of that album’s key cuts, guest spots on other artists work and regular touring and media appearances have ensured that this follow-up, ‘The Sunroom’, is one of the most keenly anticipated albums of recent tears. The good news is that the three year waits has been worth it. Little Miss Sunshine has honed her art to perfection and the aforementioned legion of fans will be delighted with this 12 tracker; moreover, with the right kind of exposure that legion is set to swell as new listeners become exposed to her soulful tones and skilled song-writing talent.

Like the lady’s eponymous debut, ‘The Sunroom’ is a sensible mix of ballads and up-tempo grooves. The biggest of the up-tempo numbers is the driving ‘Time To Shine’. Its roots are in classic Motown but it’s no straight pastiche. Rather, it’s Avery*’s pop-flavoured take on optimism and it really is infectious. The cut, though, that’s getting the attention from the soul crowd is the opening track, ‘Love (Won’t You Try’). Here the source is the sound of Hi (Al Green’s ‘Love And Happiness’ gets a name check) and it really does merit the fuss it’s causing. There’s a whiff of Mr Green about ‘See You When I Get There’ (no, not the Lou Rawls’ song) too, but the killer soul groove to these old, maybe jaded ears is the lovely ‘One Foot Ahead’. It’s just one of those great uplifting grooves where everything comes together.

If you like ballads there are plenty here to satisfy. ‘Call My Name’ is sweet and soulful; ‘Nothing To Something’ is gentle and committed; ‘Everything’ features some lovely harmonies; while the closer – ‘Safe In His Arms’ – is a simple, yet dramatic gospel song designed to spotlight Avery*’s remarkable voice.

‘The Sunroom’ is set for UK release on May 26th and Avery* will be visiting the UK in June to promote the album. She’ll be headlining two shows; one @ London’s Islington Assembly Hall on June 20th, the other @ the Old Market in Brighton the following evening. The venues will provide more details.