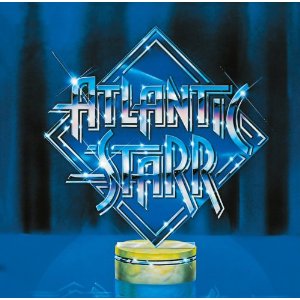 Fronted by the beguiling vocals of the lovely Sharon Bryant, Atlantic Starr began life in the ‘Big Apple’ in 1976 when they were a nine-piece soul and funk aggregation called Newban. They inked a deal with A&M in ’77 but only after to agreeing to change their name to Atlantic Starr at the request of A&M’s co-founder, Herb Alpert. As the ’70s gave way to the ’80s, the band’s sound got progressively smoother – thanks largely to the input of Commodores’ producer James Anthony Carmichael – and they saw some impressive chart action Stateside and were beginning to crossover to the pop charts. ‘Yours Forever’ was the band’s fifth LP and first saw daylight in 1983. It yielded three US R&B hit singles in the shape of the infectious ‘Touch A Four Leaf Clover,’ the passionate slow jam, ‘More, More’ More’ – a duet between Bryant and the group’s male lead vocalist, Wayne Lewis (one of three Lewis siblings in the band) – plus the breezy groove ballad, ‘Second To None,’ where Bryant’s lissom tone delights. Another standout is the

jazz-funk-tinged duet, ‘More Time For Me.’  Significantly, Bryant would leave the band after this album – to have a stab at solo success – and was replaced by Barbara Weathers, whose arrival signalled a more mechanised, synthesiser-heavy sound from the mid-’80s onwards. But back in ’83, Atlantic Starr were still pretty much an organic-sounding unit and though ‘Yours Forever’ isn’t in the same league as the group’s earlier A&M LPs, ‘Radiant’ and ‘Brilliance,’ it’s a solid set that aficionados of ’80s soul should investigate.