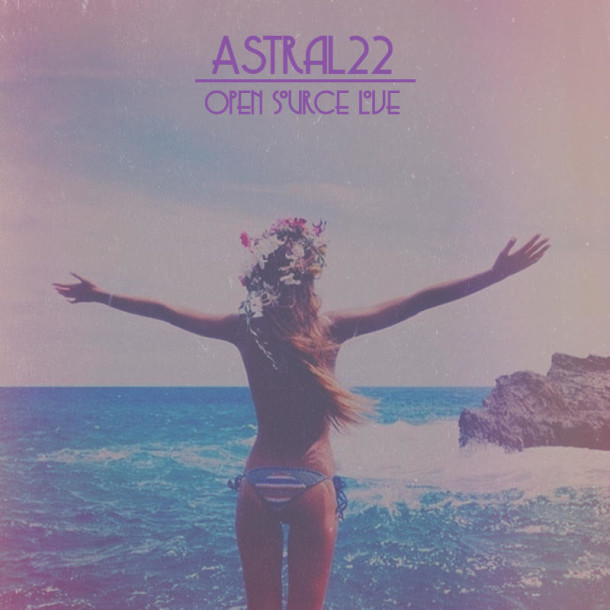 The soul public first got to really know Astral 22 back in 2009 with an album called ‘Imperial’. It was a soul vocal set that featured a variety of singers helping Astral (LA-based writer and producer Armand Tulmello) to flesh out his musical vision. That vision was “to giveback musically what you’ve been missing” and it must have worked ‘cos soul critics gave the set glowing reviews and discerning collectors cherry picked cuts like ‘In This Life’, ‘A Silent Prayer’, ‘Think About It’ and the spoken word piece ‘Imperial Theme’. That one had a whiff of the Cafe del Mar’s chill about it… and that particular melodic, mysticism is what Astral 22’s new set is all about.

‘Open Source Love’ is a 15 tracker and all but one of the cuts are instrumentals varying in tempo from the pacey, soulful house of the wonderfully-named ‘Seoul Station’ to the sultry Quiet Storm of ‘Starseed’. In between there are pleasing soul strutters like ‘Dope Schtick’ and lashings of mysticism like ‘Alpha Aquillae’ and ‘Shakabrah’. Most pleasing of all though is ‘Sexy Bossa’ which does exactly what it says on the tin! Like the sultry opener ‘Por Do Soul’, the implied imagery is sun, sand, surf and, well, whatever. Both of them would make excellent radio talk over beds or advertising soundtracks … as indeed would all the tunes on the set. Therein lies the problem… ‘Open Source Love’ is essentially background. Excellent background, but background, never the less… a lot like the stuff Paul Hardcastle now does so well.