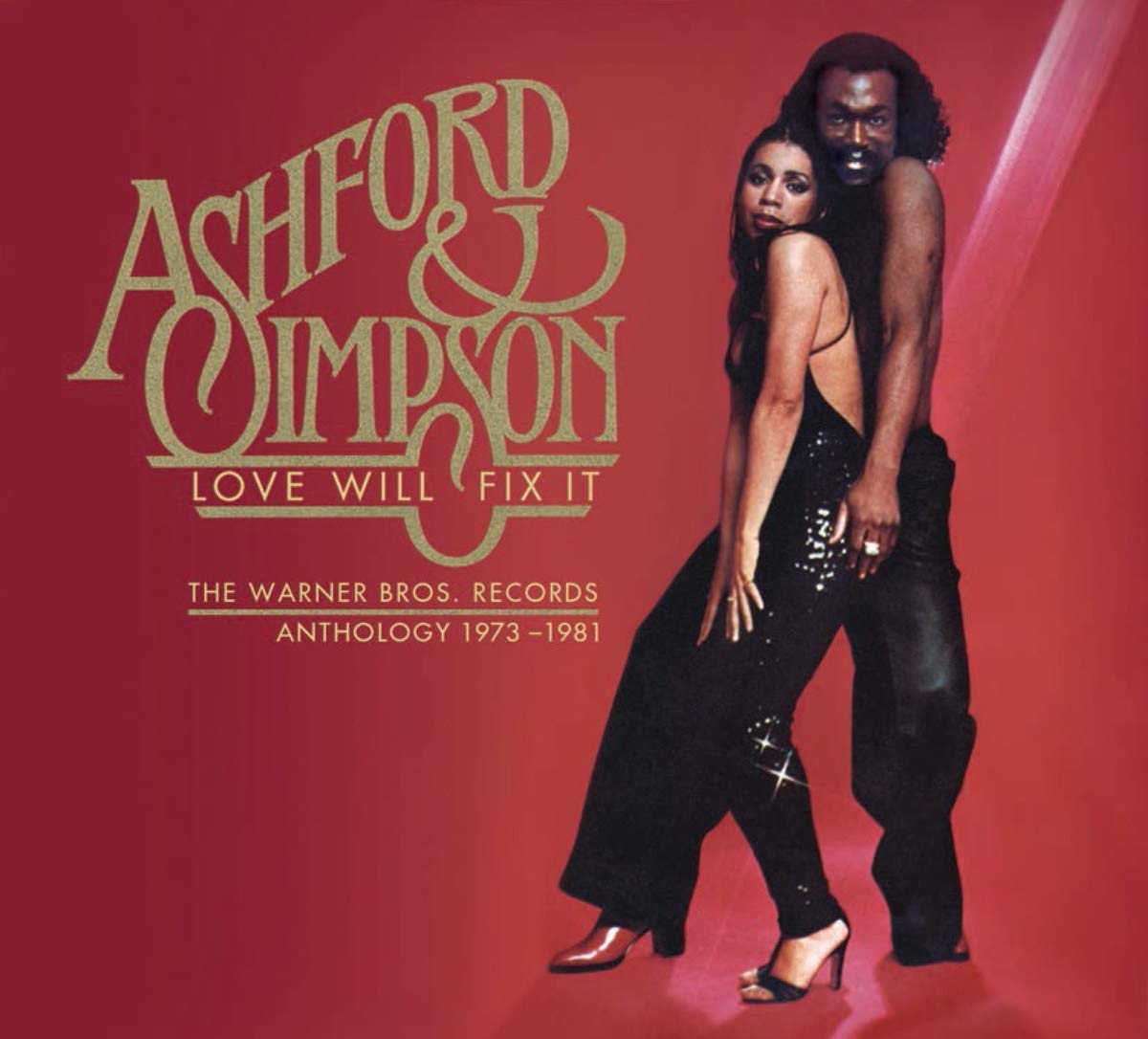 Husband and wife duo, Nick Ashford and Valerie Simpson, scored their biggest career hit for Capitol Records in 1984 with the matrimonial anthem, ‘Solid,’ which topped the US R&B charts and was hugely successful around the world (in the UK, it reached #3). While the success of that particular record took the duo’s music to a much wider audience, putting them on the radar of casual pop fans all over the globe, long-time admirers of Ashford & Simpson’s work, while applauding the fact that ‘Solid’s’ success  made them a household name, tend (like me) to prefer the pair’s recordings from their earlier tenure at Warner Bros.

After finding success at Motown in the late ’60s and early ’70s as songwriters and producers (for Marvin Gaye & Tami Terrell and Diana Ross), they joined the then Burbank-based Warner Bros. label in 1973 where they released eight LPs before leaving in 1981 for Capitol.  The work they produced during those eight years was remarkable, especially in the late ’70s when they brought a sophisticated musical sensibility to the disco zeitgeist.

‘Love Will Fix It’ is a lovingly-curated 3-CD set that comes exactly 10 years after Rhino’s ‘The Warner Bros Years – Hits, Remixes & Rarities.’ But while that particular collection focused on the duo’s floor fillers – and was peppered with 12-inch mixes throughout – this new compendium features singles and key album cuts on the first two CDs and then reserves the dance mixes for the third and final disc. Even though the format’s similar, it is, then, quite different in concept, which is reason enough to invest in this new compilation even if you possess the earlier Rhino one.

The music’s so consistently good throughout that it feels almost churlish to single out individual tracks for praise. One thing that’s clear, though, is that Nick and Val took their love of big, rousing, anthemic, choruses – a quality that distinguished their Motown work – with them to Warner Bros. Their debut single for Warner, the sublime duet, ‘(I’d Know You Anywhere),’ which opens the first disc, probably would have been a big hit if it had come out on Motown, but just scraped into the US R&B Top 40 (Warner Bros wasn’t renowned as a label for successfully promoting R&B acts).  The duo were also masters of dramatic tension. They knew (more from experience than instinct) how to write songs that built slowly and then exploded when the chorus hit. And their voices intertwined so perfectly, too. They didn’t try to overpower each other. Nick’s strong, masculine, virile delivery – he’s one of the most criminally underrated male soul vocalists ever – was ably complemented by Val’s sassy, gospel-infused delivery. Vocally, they were the perfect couple, and as songwriters, they were experts on dissecting love and relationships. What’s also striking about their music – just listen to the sermon-like message of ‘Have You Ever Tried It’ – is the influence of the African American church in their music. It’s an omnipresent feature in their songs and even when they take us down to the disco on the mirrorball-themed third CD in the set – comprising disco mixes of classic floor fillers such as ‘Found A Cure,’ ‘Stay Free,’ ‘It Seems To Hang On,’ and  the brilliant instrumental, ‘Bourgie Bourgie’ – they never lose the sanctified fervour that inhabits all of their songs.

Beautifully packaged and accompanied by a detailed liner note booklet including reminiscences both from Val Simpson and A&S’s collaborators and peers, ‘Love Will Fix It’ also premieres an ace new Mike Maurro bonus remix of the instrumental vamp from ‘Tried, Tested & True.’ This, then, is unequivocally the best Ashford & Simpson retrospective that money can buy right now.