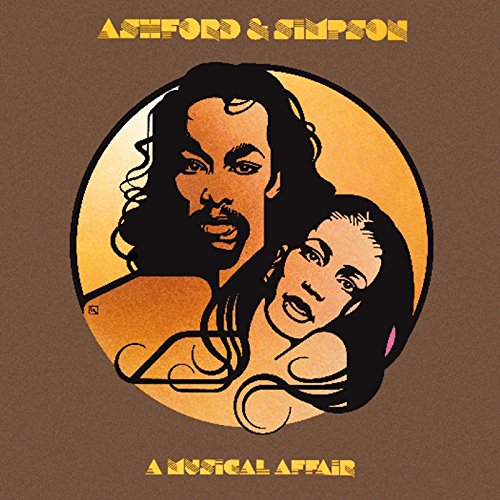 Recorded and released in 1980, ‘A Musical Affair’ was Ashford & Simpson’s eighth album for Warner Bros. A blend of effervescent disco-funk and smouldering orchestrated ballads, it followed the stylistic trajectory that characterised the duo’s late-’70s long players such as ‘Is It Still Good To Ya’ and ‘Stay Free’ (both recently reissued by bbr). The album’s buoyant opener, the dance floor-oriented ‘Love Don’t Make It Right,’ was A&S’s third biggest hit single of the ’70s, making #6 in the US R&B charts in the summer of 1980. Catchier still is the excellent ‘I Ain’t Asking For Your Love,’ a dance anthem propelled by Francisco Centeno’s percussive bass syncopations. Inexplicably, it wasn’t released as a single. Ashford & Simpson certainly knew how to groove but they were also adept at delivering emotive ballads. Exquisitely arranged by Paul Riser, ‘Rushing To’ with its passionate, intertwining vocals, shimmering, sensuous strings and breathy flutes is a masterpiece of pent-up eroticism. More upbeat are ‘You Never Left me Alone’ and ‘Get Out Your Handkerchief,’ two sensitive and thoughtful male-female dialogues that illustrate Ashford & Simpson’s knack for articulating the vicissitudes of romantic entanglement. There are three bonus cuts appended to this remastered reissue, two of which are dispensable single edits but the third is a previously unreleased elongated Jimmy Simpson mix of the single, ‘Love Don’t Make It Right.’ An affair to remember.