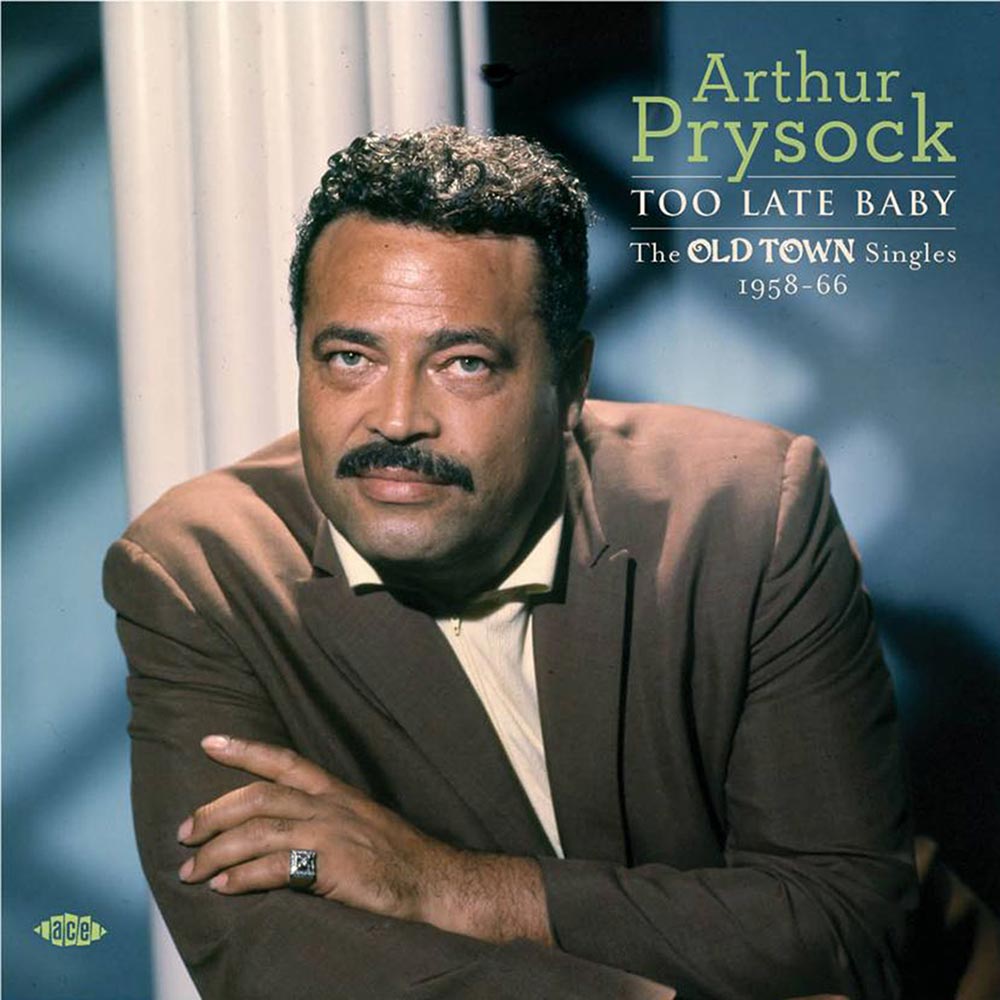 South Carolina-born Arthur Prysock enjoyed a distinguished six decade career. It began in the forties when he was the singer with Buddy Johnson’s dance band and he was still working right up to his death in Bermuda in 1997. Prysock recorded for a number of labels – most significantly with New York’s Old Town where he had two spells … 1958-66 and then for a few years in the mid seventies. This new retrospective on the husky-toned baritone brings together his best work during his first tenure at Old Town and as you’d expect from the date span the music styles on the album cross a number of genres and styles – dictated by both the musical fashion of the time and the demands of the Old Town execs (essentially the brothers Hy and Sam Weiss) who wanted to score hits on their man.

To hear Mr P at his best go to the big romantic ballads like his version of the perennial ‘Let It Be Me’, the lovely ‘Ebb Tide’, the dramatic ‘Pianissimo’ (covered in the UK, remarkably, by Ken Dodd!) or the wonderful ‘I Worry About You’. Fans of Marvin Gaye will know the Trouble Man covered this one on his ‘Moods Of Marvin Gaye’… a set cut at a time when Marvin just wanted to be a smooth and sophisticated crooner.

It’s all great stuff and given his status there aren’t that many CD reissues of Arthur Pyrsock’s work out there. (Last year bbr reissued his 70’s Old Town “disco” album and some years back his Milestone Jazz album became available). This Ace 24 tracker, then, serves as a great introduction to a sadly neglected and influential black music stylist.