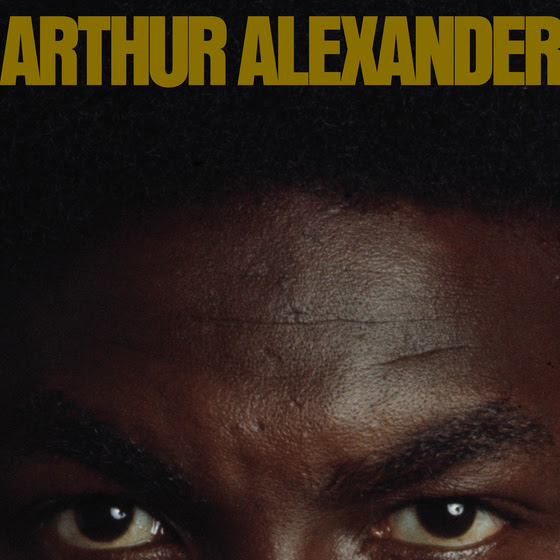 60s music buffs and those who were actually around back in those Golden Days will know all about Arthur Alexander. Born in Florence, North Alabama in 1940 and raised on Gospel music, he was the prototype Southern soul man. One of the first to record down at FAME in Muscle Shoals, in 1962 he enjoyed a top ten hit with ‘Anna’ but further, major commercial success eluded him and through the late 60s and 70s, despite quality recordings on various labels he remained in the commercial wilderness and eventually quit the business to drive buses! In 1990, he was inducted into the Alabama Music Hall of Fame and on the back of that he started performing again and even recorded an album, ‘Lonely Just Like Me’. Sadly as things were looking up again, the singer suffered a massive heart attack and died in June 1993.

Arthur Alexander was just 53 but his legacy was immense. In the early 60s, his songs were covered live and recorded by countless bands. The Beatles cut his ‘Anna’ while the Stones made a great version of his ‘You Better Move On’. But other Alexander songs like ‘Soldier Of Love’, ‘Everyday I Have To Cry’, ‘Shot Of Rhythm And Blues’ , ‘Go Home Girl’ and ‘Where Have You Been’ were staples of the whole beat band generation. Even as late as 1988 Bob Dylan covered Alexander’s ‘Sally Sue Brown’ on his ‘Down In The Groove’ long player.

Most of Arthur Alexander’s well-known songs are relatively easy to find, but it’s much harder to track down anything else of his. Here Omnivore Records make available his 1972 eponymous long player that he recorded for Warner Bros. The album was recorded in Nashville and was produced by Tommy Cogbill who drafted in a team of top Memphis session players (amongst them Bobby Emmons, Reggie Young and Eddie Hinton). Between them, the team crafted a masterclass in Southern soul which sadly meant little commercially. The record buying public and radio wanted lighter, less troubled, less anguished sounds while the mighty Warner Bros hardly lifted a muscle to promote the set.

Commercial failure, of course, doesn’t always equate with a lack of quality and Southern/country soul collectors have long chased this album. They’ll rightly point to wonderful cuts like the melancholic, oft-recorded, almost semi-autobiographical ‘Rainbow Road’, the gospel song ‘Thank God He Came’ and the remake of ‘Go Home Girl’. In truth ‘Call Me In Tahiti’ is lightweight but that’s made up for by stuff like Alexander’s original version of ‘Burning Love’ – later a big hit for Elvis Presley, of course.

This reissue comes with six bonus tracks. There are the four sides of two Warner Bros singles that includes a cover of Clyde McPhatter’s ‘Lover Please’ and two previously unissued cuts – the mournful ‘I Don’t Want Nobody’ and the jauntier ‘Simple Song Of Love’. Classic Southern soul all the way!