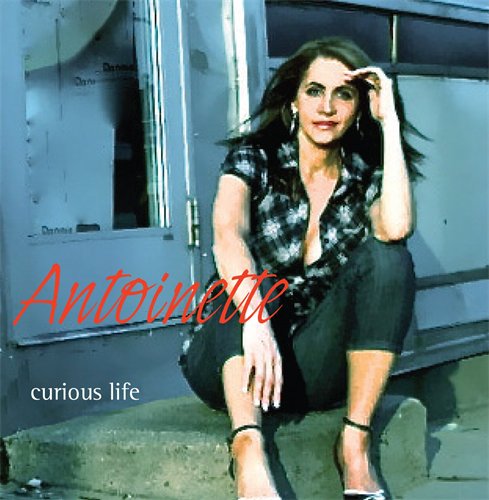 Antoinette (Manganas) made considerable impact on the indie soul circuit last year with her lovely ‘Verbal Crush’ album. The set came off the back of a successful collaboration with Norman Connors and the duet with Howard Hewett – ‘Where Do We Go From Here’ – became an instant smooth soul classic. For this new album Ms. M has avoided the temptation to replicate ‘Verbal Crush’ by working with new producers (Roger Hatfield and Donny Thompson) and together they come up with an altogether edgier sound. I hesitate to call it “experimental”, but it has its moments of innovation and where ”Crush’ was heavy with cover versions, ‘Curious Life’ consists of original songs – eleven in all, on which Antoinette can just be, well – Antoinette, and not feel the weight of comparisons.

Best cut on the set is the opener ‘Why You Let Me Go’. It’s a slow to mid-tempo soul groove with a pleasing melody and some great backing harmonies. It wouldn’t have been out of place amongst the smooth sounds of ‘Verbal Crush’ and ‘Wishing You Were Here’ offers something similar but it’s a little chillier. Of the rest, well ‘Carry On ‘is a slow bumper, while ‘On The Down Low’ and ‘So Long Goodbye’ are sparse, though the latter is embellished with some rocky guitar and the vocal wrings plenty of emotion from the lyric. The closing trio of songs – ‘Invincible Love’, ’24/7′ and ‘Beloved’ are undistinguished and it’s hard to spot where one ends and the next begins. Then there are two tracks that I had difficulty connecting with – ‘When Love Is Pain’ and ‘Secret Lover’. Both, I’m guessing, are attempts to recreate the electro sounds of the 80s and neither come off. Antoinette has a beautiful, sweet soul voice and here the backing tracks and arrangements seemed to be working against that very quality.

What this album lacks is one great song – one suited to the voice I’ve just described. Maybe the producers could have looked beyond their own circle for a special song that would ignite the set. As it stands ‘Curious Life’ is a decent modern soul set that disappoints after the excellence of ‘Verbal Crush’