ANTHONY DAVID: As Above So Below (Dome) 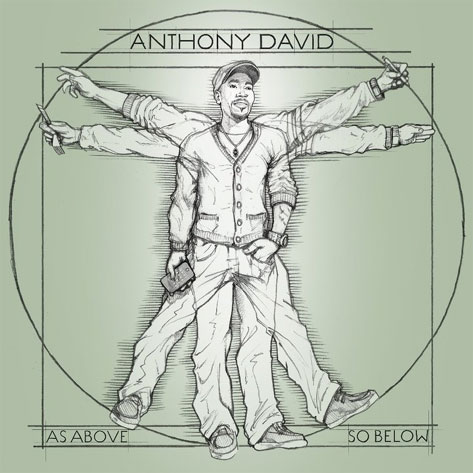 Anthony David is part of the second or maybe third phase of the Atlanta-led nu/neo soul movement and ‘As Above So Below’ continues the trend and feel he established with his first two albums. That’s to say the music is chiefly an introspective mix of subtle love songs, metaphysics and socio-political comment but he also knows that the message in your music can also have impact if wrapped in appealing beats and head nodding rhythms. Modern soul room dancers (no disrespect to them, but it’s clear they prefer beats to words) will love the tightness of ‘Reach You’ and they’d love ‘4Everemore’ if they can accept the rapping from Algebra and Phonte. My guess is that the less elitist amongst them will also like David’s treatment of Tears For Fears’ ‘Rule The World’. It’s a little faster and bumpier than the original but it rides sweetly on a clever shuffle beat. Boys II Men’s Shawn Stockman (the singer’s cousin, by the way) guests.

The deeper songs include the album’s title cut and ‘What God Said’. That latter is prefaced by references to problems in Haiti while the former has an almost mystical feel to it – brought out strikingly in its reprise towards the end. Elsewhere, well – ‘Keep You Around’ is a pleasing dreamy ballad while ‘Backstreet’ has a light, summery feel to it – almost Caribbean. Amongst the oddities there’s ‘Girlfriend’ which has an unusual retro, 80s electro undercurrent – but it offers counterpoint the more serious songs. It’s easy to hear why President and Mrs. Obama are currently digging the album. For sure, it’s soul in the classic tradition but it has a maturity and elements of seriousness which meant that by declaring their pleasure in the album they retain credibility all round.

To find out more about Anthony David and the making of this album, go to our interviews page for an exclusive question and answer session.