ANNE WALSH: The Astrud Project (A to Zink) 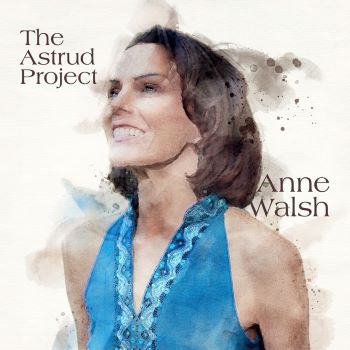 Anne Walsh is an American vocalist who, though classically trained, is making a name  for herself on the jazz circuit. Ms Walsh has a particular penchant for the sounds of Brazil, particularly the music of Astrud Gilberto. Her last album ‘Brand New’ featured a cover of the Brazilian icon’s ‘Nao Bate O Coracao’ for which she penned English lyrics and the success of that project encouraged her to do the same with Gilberto’s scatted version of ‘Beach Samba’. From there it was just one short step for Anne to make a whole album of songs from Gilberto’s catalogue and the LP, ‘The Astrud Project’ wins release on July 8th.

The album has been produced by the singer’s husband, Tom Zink and between them they offer a sincere and honest tribute to the lady who helped create  the whole 60s bossa nova renaissance. The album boasts 11 tracks – a clever selection of  the familiar and not so. Best known song on offer is, of course, ‘The Girl From Ipanema’. Walsh and Zink proffer a new setting. Sans the saxophone, the focus is on the lithe and light vocal carried by the lush production and Zink’s sparkling piano. Ms Walsh sings much of the lyric in Portuguese, opining in the notes that singing in Portuguese makes the song really swing. The other Jobim songs on the set are ‘Dindi’ and ‘Fotografia’. The other selections include Tony Hatch’s ‘Call Me’ and Michele LeGrand’s  properly sad ‘Once Upon A Summertime’ on which Ms Walsh delivers just the right amount of pathos and innocence.

The remaining songs come from the pens of the great Brazilian songsmiths  – people like Baden Powell and Marcos Valle and the love and respect that  Walsh has for them and their music shines through every bar.

Astrud Gilberto is now into her 80s. Whether she gets to hear this lovely tribute, we’ll never know, but a lovely, meaningful tribute it surely is. Even the cover art work, the typography and pastiche of the famous Verve logo speaks volumes for the esteem that Walsh and Zink hold Ms G in!