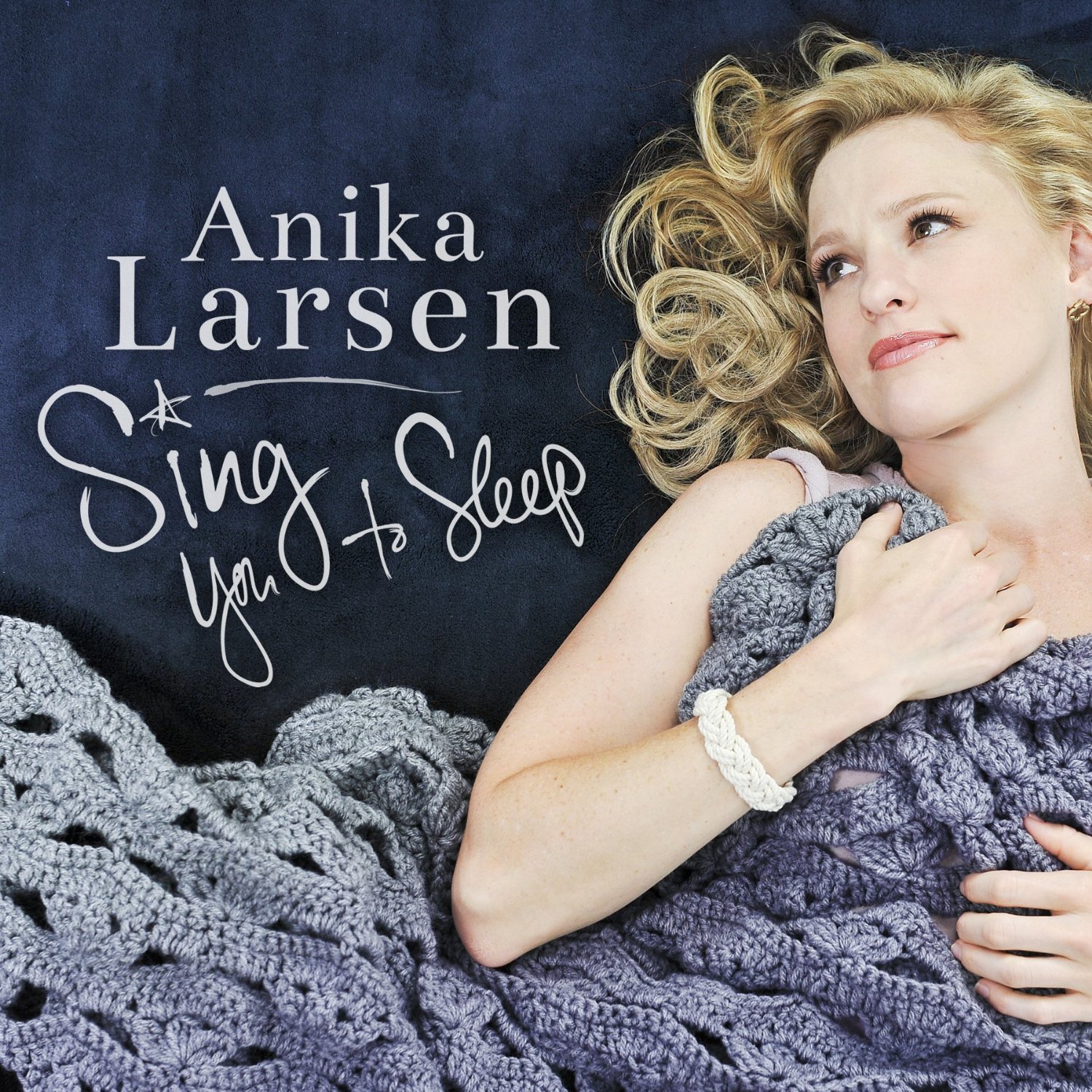 Anyone’s who’s seen ‘Beautiful,’ the acclaimed Broadway musical about the life and music of legendary singer/songwriter, Carole King – with Jesse Mueller playing the lead role – will have seen and heard Anika Larsen, who had a scene-stealing part as lyricist, Cynthia Weil.

Ms. Larsen’s notable contribution earned some good reviews from the critics and now, thanks to producer Dan Watt, she’s able provide a more detailed picture of what she can do vocal-wise with the release of her debut album, ‘Sing You To Sleep.’

It’s a classy, jazz-slanted affair with Anita’s clear, expressive voice framed by pianist David Cook’s deft arrangements, which are beautifully rendered by a small ensemble that is augmented by horns.

The collection opens with a pleasing take on the Gershwin’s immortal jazz standard ‘Summertime,’ which with its muted, atmospheric trumpet asides (by Freddie Maxwell, who also gets to solo) imbue the performance with a nocturnal ambience. Next up is a delightful version of the James Ingram/Patti Austin duet ‘Somewhere Out There’ (co-written by Cynthia Weil), which is performed as a sensuous Brazilian samba and features a Wes Montgomery-esque guitar solo from Pete McCann. Bringing the album up to date is a contemporary song by Bruno Mars, whose ‘Count On Me’ is given a stylish jazz makeover. Indeed, the material is very varied, including beguiling covers of Sting’s ‘Fields Of Gold,’ John Denver’s’ ‘Annie’s Song and Bob Dylan’s ‘Make You Feel My Love.’ Larsen’s ‘Beautiful’ co-star, Jessie Mueller, drops in for a duet version of James Taylor’s ‘You Can Close Your Eyes.’

Though relaxing to listen to and intended by the singer as a collection of lullabies, Anika Larsen’s ‘Sing You To Sleep’ is reassuringly soothing but never mind-numbingly soporific. It is, without doubt, a promising and assured debut from a talented young singer whose career is in its ascendancy.