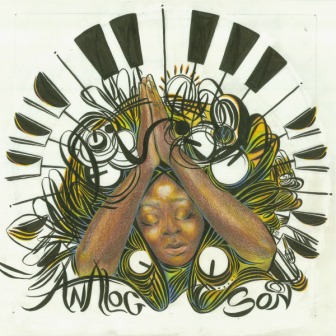 Analog Son is a new funky soul outfit and this intriguing 10 tracker is their eponymous debut. The band though are no newbies; the duo at the core of Analog Son have been in the business for over 15 years. Guitarist Jordan Linit and bass player Josh Fairman have featured in a number of bands – most notably Kinetix but they’ve always been drawn to hard, rough-hewn funk. Earlier this year they rounded up the best players in the Denver music community and started to put together an album that reflected their passion for all things funky. Amongst the invitees were The Shady Horns, Joe Tatton from the New Mastersounds and vocalist Devon Parker along with a supporting cast of Cecil B DeMille proportions.

Ms Parker takes feisty lead on three cuts…. the sparse Meters’ flavoured ‘She’s Something’, the gritty ‘The Game’ and ‘Struttin’, which as the title states clearly struts its stuff with energy and passion (on that one, by the way, she’s assisted by Ivan Neville).

The LP’s other 7 cuts are instrumentals offering various degrees of in your face funk. The opening cut, ‘The Professor’, is a particularly fine confection. Brass-led, it allows Analog Son to set out their stall. Elsewhere, well ‘Not A Care In The World’ features some great jazzy keys from the aforementioned Joe Tatton and a rumbling bass courtesy of main man Fairman; ‘A Trip Around The Sun’ is loose and jazzy; while ‘La Espana’ features some great Hammond and veers towards soul-jazz. Maybe the set’s most interesting cut is the final one – ‘Swervantes’. This one’s right out of the blaxploitation era and the better for having been recorded on vintage tape equipment…. but you would have guessed that from the band’s name, wouldn’t you?

The album is out now and committed funkateers can investigate @ www.analogson.com