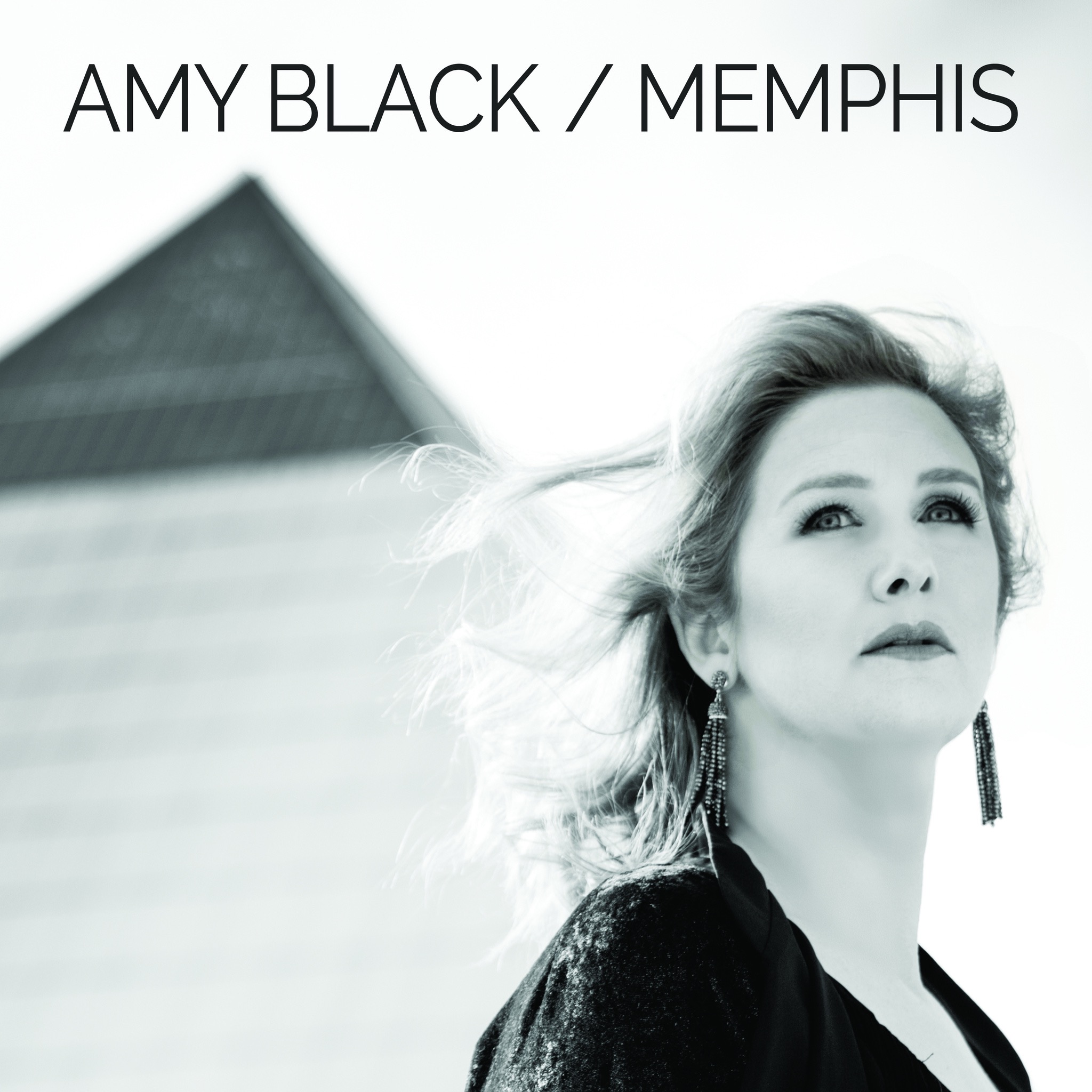 Amy Black hails from Nashville and the musical lure of the city took her away from a successful marketing career into music. Her first albums were pigeon-holed “Americana” –hardly surprising given her roots but in 2015 she decamped to Muscle Shoals and, working with Spooner Oldham, she recorded ‘The Muscle Shoals Sessions’.

Soul had found Amy and she subsequently investigated the genre and knew she just hand to record in Memphis… hence the title of this new 10 tracker. ‘Memphis’ was recorded at the Electraphonic Recordings Studios and amongst the players are Hi and Stax alumni – people like Howard Grimes, Charles Hodges and Bobby Manuel while ex Bobby Bland collaborator, Marc Franklin took care of the horn and string arrangements.

Produced by studio boss, Scott Bonmar, ‘Memphis’ is a collection of seven original songs and three covers. The covers are versions of OV Wright’s ‘If I Could Reach Out (And Help Somebody), the blues standard ‘I Need Your Love So Bad’ and Bobby Bland’s ‘Further On Up The Road’. Given Ms Black’s comparative youth, she acquits herself well on these old war horses. ‘If I Could Reach Out’ is particularly gratifying… a proper celebration of the old Hi sound.

Elsewhere, the stark opener, ‘It’s Hard To Love An Angry Man’ channels the sound of Bobby Bland (he’s a personal hero of Amy’s) while ‘Let The Light In’ references the Staple Singers … mournful, repetitive and hypnotic. On those (indeed throughout the long player) Amy Black’s vocals are powerful when required but she’s also learned what many young singers fail to grasp; if you tone things down at just the right moment you can still achieve maximum impact. That’s what the Memphis musicians know and they and Amy combine to make a great team.