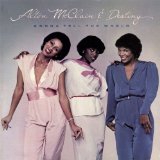 This little-known girl group from Los Angeles originally modelled themselves on The Supremes and hit the US R&B Top 10 with ‘It Must Be Love’ in 1979; the killer cut from their self-titled debut LP on Polydor. Although their subsequent releases weren’t able to emulate the commercial success of that memorable debut single, they are certainly worth tracking down and investigating if you’re a dedicated soul sleuth with an ear for late ’70s R&B. The girls’ third and final studio venture, ‘Gonna Tell The World,’ from ’81 has never been on CD before but now is granted a new lease of live via the ever-resourceful Expansion label.

The album is something of a forgotten gem and was produced by noted songwriter/arranger/keyboardist Skip Scarborough (who went on to marry McLain). Significantly, Scarborough had worked with The Emotions on their brilliant ‘Rejoice’ album (which yielded the Chicago group’s mega-smash, ‘Best Of My Love,’ in 1977) and, as if to emphasise the point, there’s a palpable Emotions-like vibe to some of the tunes, especially the buoyant dancer, ‘We’re Gonna Make It.’ Musically, the production values are very sophisticated thanks to telling contributions from the cream of US west coast session mafia, including keyboardists Patrice Rushen and Jerry Peters, drummer Ollie Brown and Paul Jackson Jr on guitar. Ubiquitous percussionist, Paulinho Da Costa, is a vital presence too while Earth, Wind & Fire saxophonist, Don Myrick, guests on the peppy, Latin-flavoured ‘Answer To My Prayer.’ If that wasn’t impressive enough, keyboard maven Herbie Hancock also provides a cameo.

With horn and string charts from such back-room luminaries as Tom Tom 84, Jerry Peters, Dave Crawford and Scarborough himself, the album seemed destined for success but sadly, and perhaps inexplicably, the album’s only charting single was ‘My Destiny,’ a frothy, disco-inflected opener that peaked at a disappointing #81 on the US R&B chart (it was also the short-lived group’s last charting 45 and the 12-inch mix is added to this reissue as a bonus cut). There’s a lot to like about this album despite it’s patent lack of appreciation by all but committed soul fans.

The poignant ballad ‘Love And Learn’ with its call-and-response exchanges between the three girls is exquisite. So too is the lovely ‘Making Room For Love,’ which recreates the dreamy, sensuous groove of The Emotions’ Skip Scarborough co-penned classic, ‘Don’t Ask My Neighbors.’ There are some strong uptempo numbers on the set, too, such as the chirpy ‘Simple Things’ and the slick disco-slanted groover, ‘Love Notes,’ whose vocal harmonies are very reminiscent of  the Hutchinson sisters. A nice little set, this – check it out before it disappears into the ether again.