ALOE BLACC; All Love Everything (BMG) 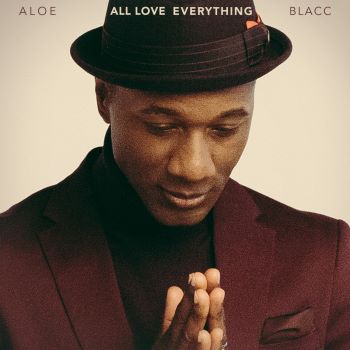 Its not just James Bond who’s been hit by pandemic put-back.  All kinds of musical projects have been side-lined by that damn virus. The most obvious case across our genres, I guess, was Gregory Porter’s ‘All Rise’. Its release was put back time and time again, but the good news is that when we were allowed to enjoy it, our patience was rewarded. The long player was quickly lauded as a possible album of the year and it continues to impress.

Young Aloe Blacc found himself in a similar predicament. Back around Valentine’s Day (February for all you non-romantic types) he released a beautiful ballad, ‘I Do’. It was a heartfelt and soulful reaffirmation of his love for his wife, the Australian musician Maya Jupiter. At the time he said “Luck brought us together despite living halfway across the world with a vast ocean between us and this song is the perfect representation of the profound love we share. I wanted to create a song for Maya that was personal and universal.”

We were told that the single heardled an upcoming album… well, it’s been a long wait, but hallelujah, said album is now with us and as with Porter’s ‘All Rise’, the waiting for ‘All Love Everything’ has been well worth it. There’s one other big similarity between ‘All Rise’ and ‘All Love Everything’ (apart from the obvious, overall excellence!); it’s that that both sets are intensely personal. Porter’s LP touched on topics that were up close and personal. Blacc’s set does the same. The aforementioned ‘I Do’ is an obvious example. He says it’s not just that song, but the entire album… everything inspired by his journey as a husband and father and his role a social/political activist. Aloe is active with BLM and the exposure of police brutality in America. He’s even started a series on his social media where he discusses trending topics in health, family and policy with experts in their fields and across the ten tracks of ‘All Love Everything’ he touches on all those topics and more.

Maybe the best example of Blacc’s socio-conscious music is the album’s closer, ‘Harvard’. Beguilingly simple, it’s a folksy tale of a woman working two jobs to support her family, including a child with special needs. Then there’s ‘Hold On Tight’ – a positive message of hope. ‘Corner’ offers more positivity but on a more personal level.

Sonically those tunes and indeed the other seven proffer a contemporary didactic soul feel (think John Legend) with their roots in the classic, simple soul of, say, Bill Withers. Though on the more folk flavoured items, soul connoisseurs will hear traces of Terry Callier. The real musical unity comes via Blacc’s gorgeous voice and his mission statement: “Rather than a genre, my music is about A.I.M.: affirmation, inspiration, and motivation” . Three commodities we all need right now!