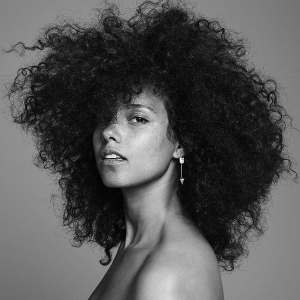 Predictably, perhaps, Twitter and Facebook went into meltdown earlier this year when Alicia Keys started appearing in public without the accoutrements that most women can’t live without: namely foundation, mascara and lipstick. The public consternation that resulted from her announcement that she was renouncing makeup for a more natural look not only highlighted the 21st century’s unhealthy voyeuristic preoccupation with celebrity lifestyles but also, more importantly, reflected our own shallowness in a world that is increasingly focused on making the seemingly trivial things in life appear the most important.

But let’s back up a minute. Alicia Keys deciding to put all her beautifying paraphernalia in the bin perhaps isn’t so trivial after all. Rather, it’s a gesture that could set an example to us all about prizing reality over artifice and honesty over deception. Life – or reality – doesn’t have to be airbrushed or glossed-over to be appreciated or deemed beautiful. The courage that Keys showed in regard to transforming her public image she also applies to the aesthetics of this new album (her sixth), where flashy, full-blown production values are eschewed for a gritty, stripped-back approach that is ultimately more potent. What results is undoubtedly the best and most cohesive album of Alicia Keys’ career.

It’s an album that’s raw, uncompromising and hard-hitting, showing Keys taking a tougher, hip-hop influenced approach compared with the smoother R&B stylings of past recordings. But this isn’t the vacuous, self-serving, materialistic rhetoric served up by pro-Illuminati rappers like Jay-Z but  addresses real issues facing us all today in a world that seems increasingly unfathomable and out of control:  where war, racial division, drug dependency, violence and environmental concerns affect us all. These themes are crystallized in the eloquent ‘Kill Your Mama,’ a Bob Dylan-esque plea for sanity in an insane world where Keys’ declamatory vocal is accompanied by strummed acoustic guitar chords. It’s a simple but incredibly powerful message song. So too is ‘Holy War,’ a plaintive song of hope where Keys again favours guitar accompaniment over piano, and delivers an eloquent indictment of the inverted values that seem to define a messed-up world in the 21st century.

‘The Gospel’ is similarly powerful, where Keys spits out lyrics of righteous indignation over elegant piano chords and a rousing martial beat.  ‘Pawn It All’ – which is stylistically indebted to Nina Simone – is just as bleak but no less haunting while ‘She Don’t Really Care’ offers more light with its jazzy shadings and Bobby Hutcherson-esque vibraphone solo. The sparsely-arranged ‘Illusion Of Bliss’ with its plodding beat is a ballad that will remind old school soul fans of Donny Hathaway’s Van McCoy-written ‘Giving Up’ though it’s much bleaker: a portrait of despair and desperation that is harrowing to listen to but ultimately cathartic in its effect.

It’s not all doom and gloom, though, and ‘Work On It’ offers something more positive with its message of love while the jaunty ‘Girl Can’t Be Herself’ rides on a upbeat, Caribbean-inflected groove though its theme about being true to oneself – where Keys directly addresses those that criticized her for not wearing makeup – is a serious one.

‘Here’ is an album brimming with anger, indignation and outrage, though ultimately, its tone is a hopeful one. It doesn’t offer concrete solutions to our problems but at least it poses questions and makes us think: ‘What are we doing to our brothers and sisters?’; ‘What are we doing to our planet?’; ‘What are we doing to ourselves?’ Of course, there are cynics that will probably say that Keys is rich and famous and divorced from what ‘real’ people think and feel – perhaps, that’s true, but the 35-year-old singer/songwriter seemingly shows genuine empathy for the plight of her fellow human beings. And because of that, ‘Here’ feels like a sincere expression of her views rather than a contrived and calculated empty gesture. Sensational stuff.