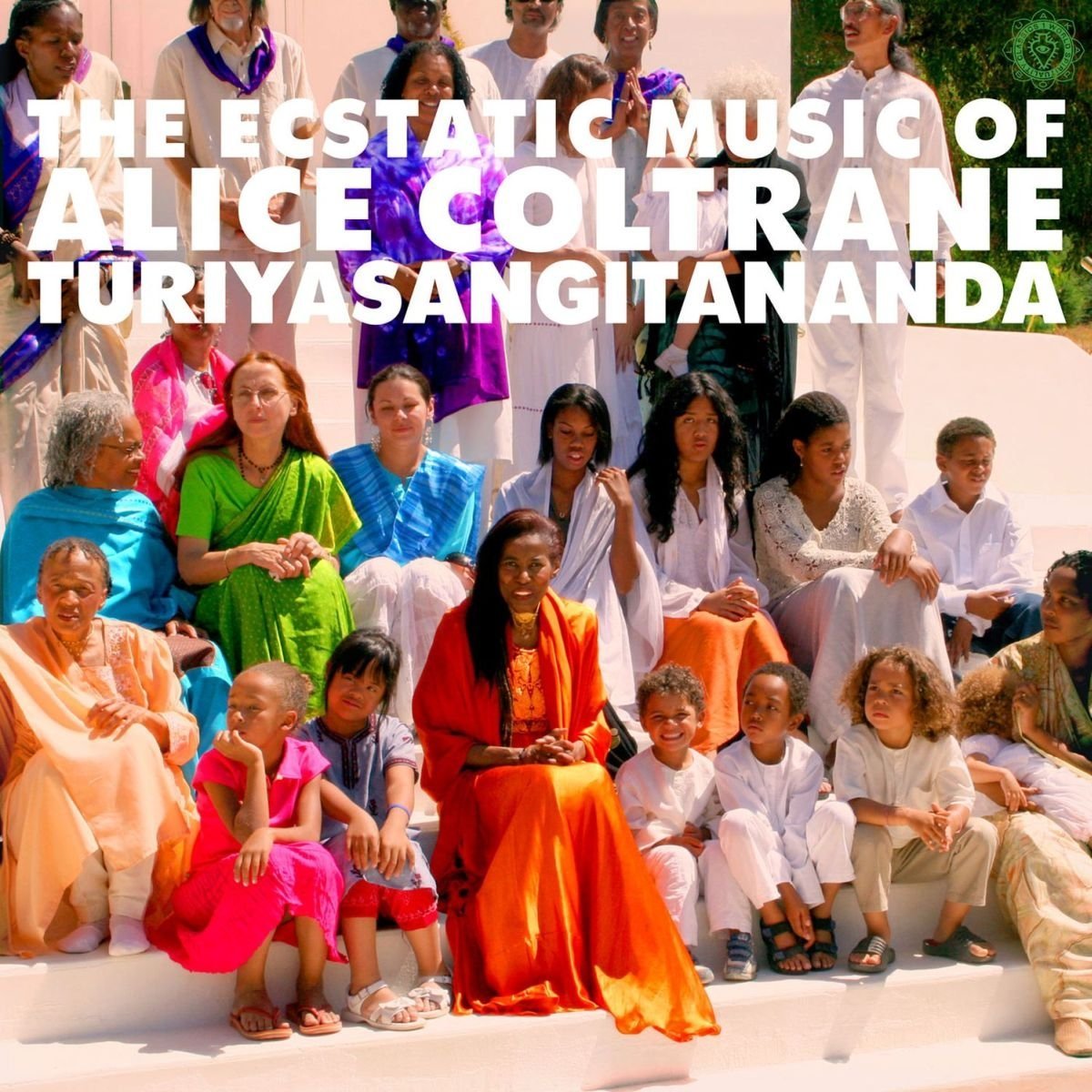 Many people will be aware of Alice Coltrane via her association with jazz deity, saxophonist John Coltrane. A classically-trained pianist, young Detroit-born Alice McLeod (her maiden name) studied in Paris with noted bebop keyboard maven, Bud Powell, before playing with west coast vibraphonist, Terry Gibbs, in the early ’60s. She met John Coltrane, fell in love with him and they married in 1965. Alice became the pianist in Coltrane’s group a year later but in 1967, her husband died from liver cancer. After that, Alice Coltrane began her solo career aged 31 in 1968, recording the first of seven albums that would be released via the Impulse! label during a fertile five-year period. Featuring her on harp and organ as well as piano, the albums showed her developing a unique style that blended modal jazz with eastern-influenced sounds and spiritual themes. She then joined Warner Bros in 1975, where she cut four well-regarded albums before dropping off the jazz radar completely until 2004. This collection focuses on a crucial but overlooked time in Alice Coltrane’s musical evolution when had left the music industry behind and was an active member of an Ashram in California. She continued to record music but her efforts were released as limited private pressings (on cassette and later CD).

The eight ‘songs’ on this Luaka Bop collection cherry picks some of the outstanding moments from four albums that she released under the name Alice Coltrane Turiyasangitananda via her own Avatar Book Institute label and which are now very collectable and hard-to-find. If you’re familiar with Alice Coltrane’s Impulse! and Warner Bros. oeuvre, you’ll be able to follow and appreciate  the unique stylistic trajectory she embarks upon with the music on this collection. Its sounds are fervent and deeply spiritual, influenced by her interest in Hinduism and Indian culture. ‘Om Rama’ opens the collection, a mesmeric, percussion-driven, vocal chant supported by kaleidoscopic and otherworldly synth glissandi that bring an astral dimension to the music. Coltrane’s own husky vocals front both the delicate, organ-accompanied song, ‘Om Shanti,’ as well as the dreamy ‘Rama Rama,’ where droning sitars, tablas and cosmic synth lines create a haunting soundscape.

Less serene is the more strident chant, ‘Rama Guru,’ and the joyous ‘Hari Narayan.’ Alice also updated her own classic song, ‘Journey To Satchidananda’ – which she first recorded on an album called ‘Journey In Satchidananda’ (note the subtle change in the title) in 1971 – where dark yet luminous synthesiser chords are eventually augmented by a chorus of plaintive voices, which help to create an inspiring, celestial sound. Alice Coltrane was also a brilliant harpist, and her talent is best illustrated here on the shimmering ‘Er Ra,’ where she accompanies her plangent voice with dazzling cascades of notes.

Coltrane expert, Ashley Kahn, sheds light on Alice Coltrane’s life and music post-1978 with his illuminating liner notes, which together with the music makes for a profoundly rewarding package that will engage those looking for sounds that go beyond the conventional pop and jazz music norms. Inspirational stuff.