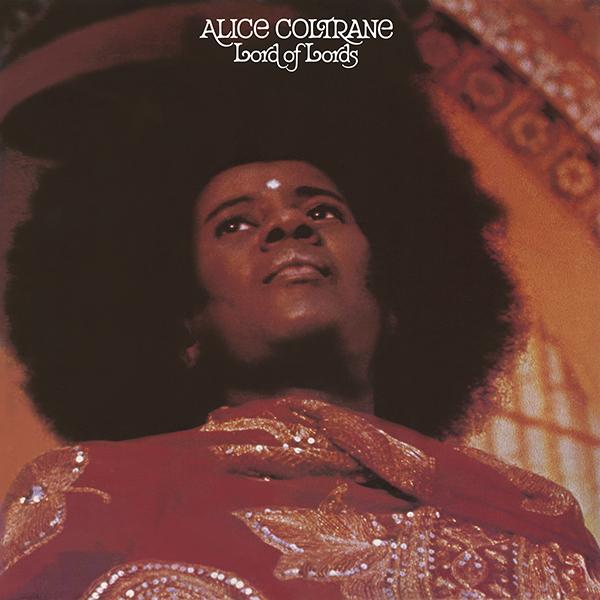 Alice Coltrane‘s solo career didn’t get off to an auspicious start – at least in the eyes of the puritanical jazz police – when she debuted her own music alongside tracks from her late husband on the posthumous John Coltrane album, ‘Cosmos,’ released in 1968. But those who may have accused her of exploiting her husband’s death for her own artistic gain would also, perhaps, have applauded the way she rose out of his considerable shadow to find her own unique musical identity via a series of seven solo albums for Impulse! Records between 1968 and 1972. Her final LP for the label, ‘Lord Of Lords,’ from 1972, is now reissued on vinyl LP for the first time by US label, Superior Viaduct.

Like all of Alice Coltrane’s recordings, ‘Lord Of Lords’ is deeply spiritual and draws heavily on eastern culture and religion but what makes this album different from her previous releases is its debt to classical music. The grandiose ‘Andromeda’s Suffering’ and ‘Sri  Rama Ohnedaruth’ – the latter a tribute to her then late husband, John – both employ massed symphonic strings which soar over a swirling harp and rumbling rhythm section (featuring noted bassist Charlie Haden and drummer, Ben Riley). There’s also Alice’s own idiosyncratic adaptation (for organ and strings) of Stravinsky’s ‘Firebird Suite’ but arguably the most touching track is her gorgeous rendition of, ‘Going Home,’ an African-American spiritual, which 80 years earlier had inspired Dvorak’s Largo movement from his popular ‘New World Symphony.’ Transcendent stuff.