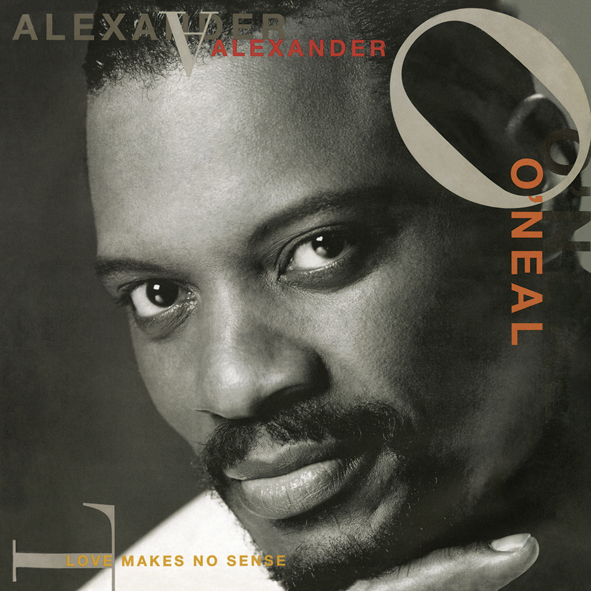 Minneapolis uber-producers Jimmy Jam and Terry Lewis had masterminded O’Neal’s first three albums for Clarence Avant’s Tabu label – including the mega-successful ‘Hearsay’ in 1988 – but by the time 1993 had arrived, the sharp-suited former Time duo were conspicuous by their absence when the Mississippi-born singer’s fourth long player hit the shops. That was ‘Love Makes No Sense,’ which has just been reissued as a deluxe 2-CD package. Disc one covers the original album, which didn’t achieve the heady commercial heights of his earlier work but on the evidence presented here, deserves another hearing and, perhaps, a serious re-appraisal. Certainly, judging from his quotes in Scott Galloway’s liner notes, O’Neal was fiercely proud of the album but felt that Tabu – because of a power struggle and political machinations going on with their then distributor A&M – took their eye off the ball, so to speak, and didn’t get behind the album as they should have done.

There’s no doubt that ‘Love Makes No Sense’ is a solid, well-crafted album and ‘new’ producers Jon Nettlesbey & Terry Coffey, Lance Alexander & Prof T and Zac Harmon & Christopher Troy as well as Steve Lindsey frame O’Neal’s sumptuous voice with some fresh musical platforms, many with a pronounced swing-beat feel. The title track is a relentless groove embellished by flute trills with an insistent chorus. The opener, ‘In The Middle,’ is also characterised by a driving, synthetic groove – it comes across like a more melodic version of ‘Fake’ – but one that allows O’Neal to stretch out. There’s a whiff of jazz on the hip-hop-infused swing-beat groove, ‘If U Let It,’ and also on the mellow-vibed ‘Aphrodisia.’

Ballad-wise, the dreamy ‘Home Is Where The Heart Is’ is reminiscent of ‘Hearsay’s’ ‘Sunshine’ while ‘Lady’ mines a deeper, laidback groove. A real surprise is the sprightly, gospel-tinged ‘All That Matters’ – a song penned by Fran Golde and Alee Willis – that evinces an old school soul feel. A similar vibe characterises the Motown-esque ‘Since I’ve Been Lovin’ You.’ A couple of covers close the album – a revamp of the Marvin Gaye/Tammi Terrell duet, ‘Your Precious Love,’ with label-mate Cherrelle, and, perhaps most surprising of all, a retooling of Louis Armstrong’s ‘What A Wonderful World.’ The former song is nicely rendered and the most successful of Steve Lindsey’s four productions for the album. As for the latter, it’s a faithful rendition with jazzy inflections and a backdrop of lush strings and layered background voices. It certainly shows a different side to O’Neal but comes over as tad cheesy and perhaps it’s no surprise that some people deemed this fourth album inferior to his earlier work. Even so, ‘Love Makes No Sense’ has some good moments and is well worth revisiting. The second CD in the set will certainly please O’Neal completists – there are bonus single mixes galore as well as a non-album B-side, ‘Come Correct,’ and a live version of ‘If You Were Here Tonight.’