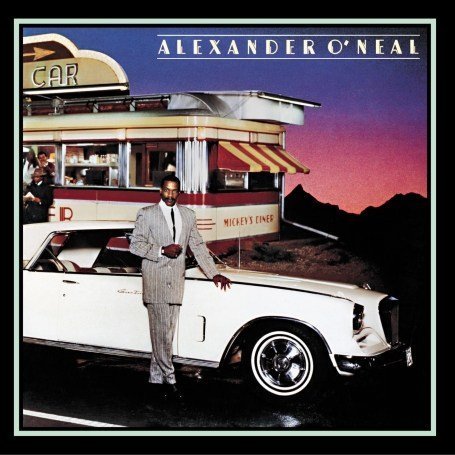 Alexander O’Neal’s ab fab 1985 eponymous album leads the charge in the first- time-in-a –long- time reissue of the Tabu label’s back catalogue… and it’s a great epoch defining set to kick off with. For a time, it’s worth remembering, O’Neal was THE soul main man – touted by many as the Otis Redding of his day! His rise to stardom though wasn’t straightforward. The ex American pro footballer cut his musical teeth in The Time but, we’re told, he was dumped for sounding “too black”. Despite that, Time team players were on hand for his solo debut. Monte Moir produced three tracks and Jam and Lewis worked the other four, while percussionist/ guitarist Jellybean Johnson was in on the act too but the end result was a far smoother, more classically soulful album than anything the Time could’ve ever produced.

The gentle, insinuating ‘If You Were Here Tonight’ was the LP’s signature sound and it still sounds fresh despite its familiarity. ‘A Broken Heart Can Mend’ and ‘What’s Missing’ offer more of the same and helped launch Alex into the same league as Luther Vandross and Freddie Jackson (massive at that time too, remember). The ‘Innocent’ medley proved that our man could do up-tempo too but that one hasn’t travelled particularly well… very much a timepiece.

If you like it, though, you can enjoy it in two more versions that come on the reissue set’s second CD of bonuses. They’re essentially extended dance remixes. You also get a “soft” version of ‘If You Were Here Tonight’ and remixes of ‘You Were Meant To Be My Lady’ and ‘What’s Missing’ along with ‘Are You The One’. … all great memory jerkers, and I’m sure, the other upcoming Tabu reissues will be too.