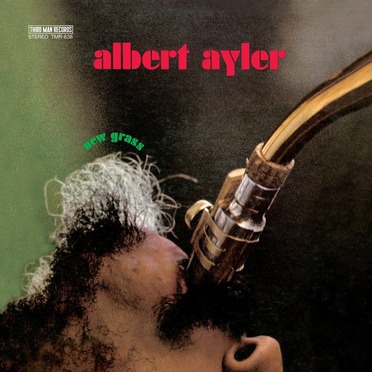 It’s 50 years since ALBERT AYLER‘s body was fished out of New York’s East River. He’d been missing for three weeks and his death at 34 was a mystery that some still speculate on: did he commit suicide or was he murdered? What is certain is that the Ohio-born saxophonist left behind a rich musical legacy that has given him a degree of immortality in the jazz world.

One of Ayler’s most controversial albums, 1968’s ‘New Grass’ originally released on the Impulse! label and is now reissued on 180 gm vinyl by Germany’s Third Man label. The LP was savaged by many critics on its release, who accused Ayler of selling out and sacrificing his artistic integrity on the altar of commercial gain. What they despised most was the overtly accessible nature of Bert de Coteaux’s arrangements, which framed Ayler’s squawking saxophone with R&B, pop and even calypso-style backdrops, as evidenced by ‘New Ghosts.’ Ayler even sings on a couple of gospel-inflected pop tracks (‘Everbody’s Movin”  with its ecstatic call and response vocal interchanges, and ‘Free At Last’) but in terms of his saxophone playing, he doesn’t dilute his style one iota; playing with a fierce growling intensity that is often at odds with the anodyne quality of some of the backing tracks. The inherent musical tension that this juxtaposition creates is what makes the album so fascinating over half a century since its release. It’s not a truly great album but it’s certainly an interesting one. Ultimately, ‘New Grass’ doesn’t show an artist selling out but rather one trying to find a new avenue of self-expression.