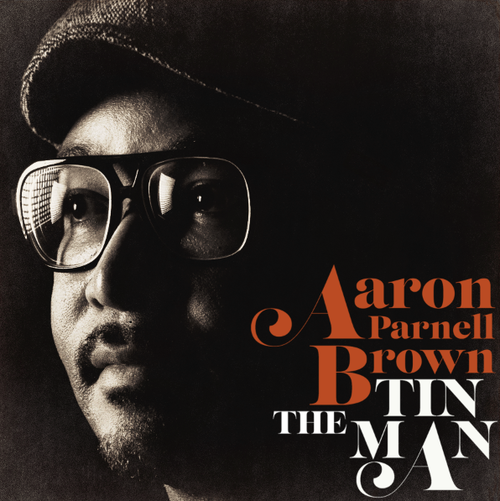 Quietly, without fuss or fanfare, Aaron Parnell Brown’s ‘The Tin Man’ has been making waves with soul’s tastemakers and it’s easy to hear why. The nine track long player is redolent of some of soul’s greats – Donny Hathaway, Stevie Wonder, John Legend and cult hero Frank McComb amongst them. In essence the set is what proper, song-driven modern soul music should be all about.

The album is the Philly singer/songwriter’s second collection. His first album, ‘Sing’, went out with the credit, “Aaron And The Spell” but now under his own moniker, ‘The Tin Man’ is set to justify the accolade he won just last year- ‘Philadelphia Soul Artist Of The Year’.

The album’s lead track ‘Just Leave’ sums up where Mr Brown’s coming from. It’s a subtle, shifting multi-layered song with thoughtfully romantic lyrics and committed vocal. It’s different to anything that Marvin Gaye crafted but it has the same ethereal, other-worldly feeling that Gaye achieved in his pomp. And like the best of Marvin’s work, it’s intensely personal yet each and every listener will be easily able to identify with the sentiments.

‘The Tin Man’ offers plenty of other highlights.’Everlasting Light’ takes us right back to church; ‘I Believe In You’ is a light, insidious soul shuffle; ‘Leave The Light On’ features sweet interplay between an acoustic guitar and Aaron’s understated vocal; ‘Can’t Stop’ is a bluesy, old school ballad; ‘Changes’ is ultra catchy yet very gentle; while ‘Somewhere Around’ is a complex, lazy jazz meander.

Aaron will be officllay self-releasing this album in May but in the meantime we’re told he’s looking for a big label to get involved in the project. Most big labels are sadly notoriously conservative. They don’t like to take chances. In my book they wouldn’t be taking too many chances here. How many labels, for instance would love to have someone like John Legend on their roster? Well in Aaron Parnell Brown they could have one…. grab a listen here to songs like ‘Bleed Me Dry’ or ‘We All Fall In Love Sometimes’ and you’ll hear two of the best songs that Mr Legend never recorded. Don’t misunderstand me though. Aaron Parnell Brown is no John Legend impersonator; rather, like John, Aaron offers committed music in a thoroughly contemporary soul setting… innovative, intriguing and infectious.