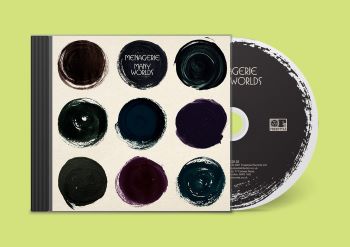 MENAGERIE is a Melbourne-based 9-piece Jazz ensemble founded by producer, songwriter, guitarist, DJ and recording artist LANCE FERGUSON. It’s just one of the man’s many music projects.  He’s also the driving force behind The Bamboos, Lanu, Rare Groove Spectrum and Machines Always Win. On top of that he remixes, produces and mentors artists, so, little wonder, that it’s been a while since we heard from him in his Menagerie guise.

‘Many Worlds’, though, the band’s third album has just won release. Ferguson calls  the music on the concise six tracker, “A hypnotic blend of spiritual jazz that has been inspired by both the post-Coltrane generation of the 70s, labels like Strata-East, Impulse! and Tribe, along with the current ‘New Wave Of Jazz’”.

Most of the tracks on the album are lengthy, free-form workouts. The exception is the album’s lead single, ‘Free Thing’. This is a short-spoken word item that evokes the spirit of the Last Poets.

MENAGERIE; ‘Many Worlds’ out now on Freestyle Records