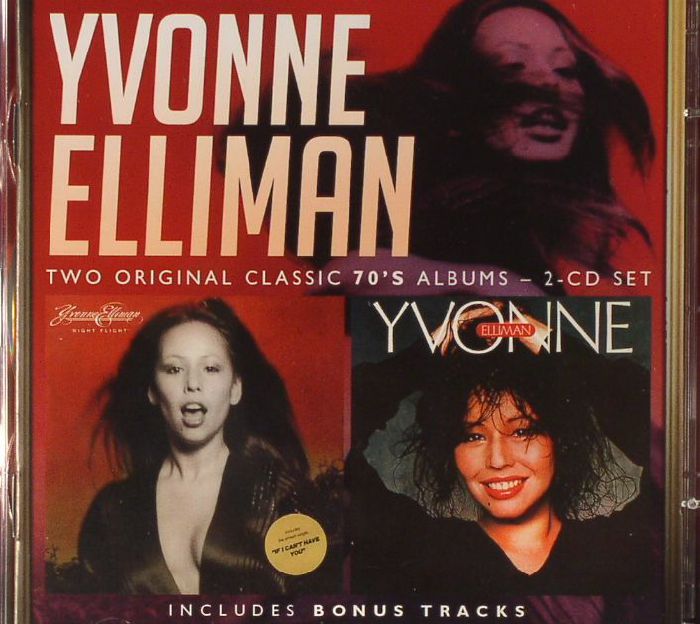 Honolulu-born YVONNE ELLIMAN has never been considered a soul singer but fans will tell you that there is a definite soul undertow to much of her work. Soul entrepreneur David Nathan clearly thinks so as he’s just released two her albums as a “twofer” on his SoulMusic Records in collaboration with Caroline and Rhino. Long players in question are 1978’s ‘Night Flight’ and ‘Yvonne’ from the following year.

Ms Elliman, of course, first found fame playing Mary Magdalene in the 1970 production of ‘Jesus Christ Superstar’ and the show’s show topping tune ‘I Don’t Know How To Love Him’ gave her a hit which was never fully built on till she signed with Robert Stigwood’s RSO label and both these reissued sets come from her time with RSO.

The best known track on ‘Night Flight’ is Yvonne’s hit version of the Bee Gees’ ‘If I Can’t Have You’ while the only charting single on ‘Yvonne’ was ‘Love Pains’ (#34 on US pop chart). That album, though, also contains interesting covers of Ray Charles’ ‘Hit The Road Jack’ and ‘Sticks And Stones’ (in medley) and ‘Everything Must Change’.