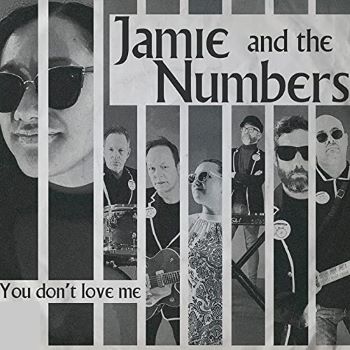 ‘You Don’t Love Me’ is the title track and first single off the debut album by JAMIE & THE NUMBERS. The band hail from  Wellington, New Zealand, and are signed to Superfly Funk & Soul Records.

Northern soul fans will recognize the song right away – it was originally released by the Epitome of Sound in 1968 but Jamie and the Numbers make it all their own – keeping all the energy and vitality of the original but giving it just a little contemporary twist.

The band are led by Tongan soulstress, Jamie Musuva whose roots are in gospel (obvious really!). The rest of the group (a four piece) are from Wellington they are prolific writers of their own original material most  in the context of Northern Soul tunes!

Between them Jamie and her Numbers make a great job of ‘You Don’t Love Me’ and, interestingly, on my copy the track ends with input from Robert Palladino (writer and producer of the original) . He dedicates the new version to Eugene Connors, vocalist with The Epitome Of Sound, and fully endorses this new version. It’s out now and the full album’s due in November!

Tags: Jamie and the Numbers