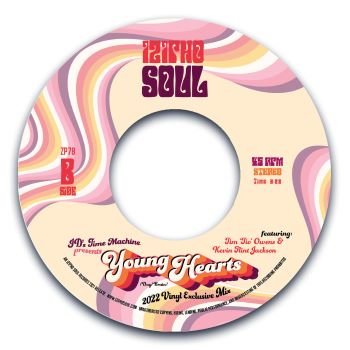 We’re now reliably  informed that the single is good to go on vinyl (you’ll know there have a been all kinds of vinyl availability issues) and it’s the lovely ‘Young Hearts’ that seems to be wining all the plaudits. No  wonder! It’s a classy, contemporary soul ballad with stunning vocals from Kevin Flint Jackson and Tim ‘Tio’ Owens and for this release  the track has been given a new and “exclusive” vinyl mix with subtle changes in the original arrangement.