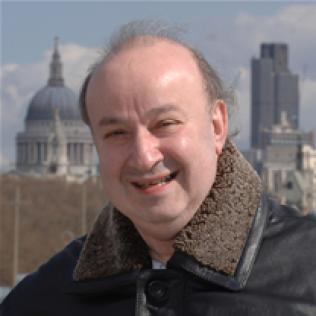 Connoisseurs of soul radio know all about PETER YOUNG. The doyen of soul broadcasters, PY currently fills the presenter’s chair at Jazz FM every Saturday afternoon between 2pm and 6pm and this coming Saturday Peter will be celebrating an incredible 45 years in the business.

Yes, 45 long years ago Peter began his soul odyssey working as a DJ at Butlins in Skegness. During the summer season of ’69 he worked the wheels of steel – more accurately, the “wheel” of steel since for most of the time he had just the one turntable! One of Peter’s fondest memories is being told constantly to turn the music down as the “discotheque” (it was 1969!) was right next door to the cinema. For all his blood, toil and soul tears Peter earned £10 a week.

To celebrate the anniversary, the Soul Cellar segment (5-6) of this week’s Jazz FM show will be devoted to music from just one year… yep, you guessed it, 1969. Artists featured will include Edwin Starr, Johnnie Taylor, Marv Johnson, The Isley Brothers, Gladys Knight & The Pips, Ike & Tina Turner, Checkmates LTD, the Impressions and Marvin and Tammi.

Peter Young’s ‘At Last The 1969 Show’ promises to be an unmissable listen … a highlight of Jazz FM’s weekend programming. Since 1969 Peter’s worked for numerous broadcasters – including the good old BBC – but through it all he’s stayed true to his soul roots and there aren’t that many broadcasters about whom we can say that …… Peter Young, SoulandJazzandFunk slautes you!