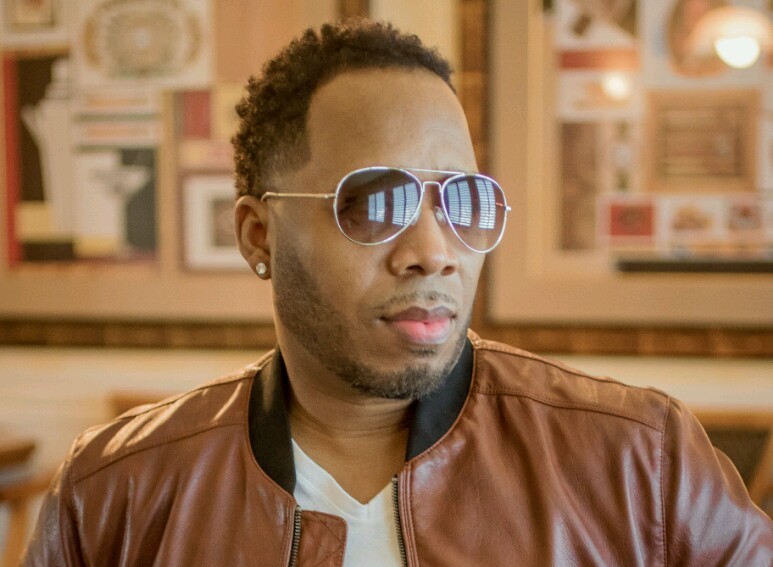 L YOUNG is a very modern kind of soul/R&B star… what, I guess, is called an “internet sensation”! Stateside, he’s a big YOUTUBE and FACEBOOK star since his 2015 appearance on ‘Good Morning America’ when he sang an acapella version of ‘Uptown Funk’… the videos “went viral”.

However, research reveals that Mr Y is no newcomer…. in fact he has four solo albums under his belt and one of his songs ‘Love Is A Verb’ (from his 2013 ‘Reverb’ album) was a top 20 Billboard hit.

Right now Louisiana-born, LA-residing Young is promoting a brand new album, his fifth …. ‘Wrinkles In Time’ and that odd title gives a little clue as to what to expect, See, despite all this internet malarkey and his savvy use of social media, L is an old-fashioned soul man at heart and this manageable 9 tracker is stuffed with lovely old school soul.

Key pick is a delicious ‘Can’t Get You Off My Mind’ which absolutely nails the classic Delfonics sound. If you were told that Thom Bell was at the controls, you’d believe it… a top, top tune!

Elsewhere, ‘Cry In The Car’ channels the mid 60s Brill Building sound while ‘I Ain’t Got Nobody’ sounds like a homage to Sam Cooke. The lead single, however, is ‘Ms Supa Thick’. The song is all about how the singer is fixated by a certain lady’s rear quarters and isn’t backward in coming forward and telling her. OK – yes a kind of modern behaviour pattern but the sound is straight from soul’s Golden Age… another great tune on a lovely, honest, unprepossessing album.

L Young – ‘Wrinkles In Time’ – is out now on 4everyoung Entertainment