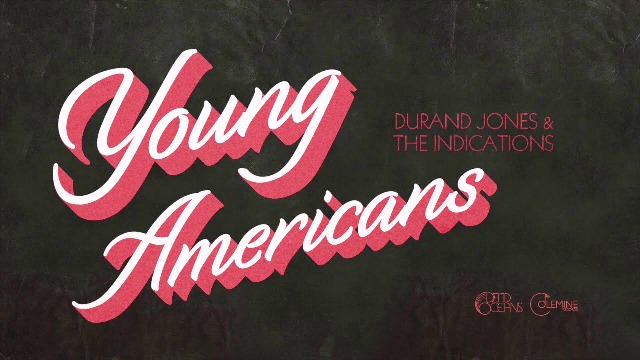 We know a few soul fans who have a soft spot for David Bowie’s ‘Young Americans’. Nothing to do with the presence of a certain Mr Luther Vandross during the sessions! Whatever, if you want a properly soulful version of ‘Young Americans’ can we point you to a “new” version from DURAND JONES & THE INDICATIONS.

Their ‘American Love Call’ album from last year was universally acclaimed. Now they’ve released their dynamic version of the Bowie song as their latest single. However, it’s not entirely new. The track was initially recorded for Howard Stern’s radio show; the band has now decided to share the track with their fans. The track was recorded in August of 2017 at Russian Recording in Bloomington, Indiana after Stern, a fan of the band, reached out to as he was putting together a compilation featuring various artists covering different Bowie songs. Having seen no one was covering ‘Young Americans’ the decision to record the track was relatively straight forward as the soul-stylings of the original perfectly suited Durand Jones & The Indications. It really works. With a gospel style backing choir, this take blows the Bowie original out of the water! Out now!