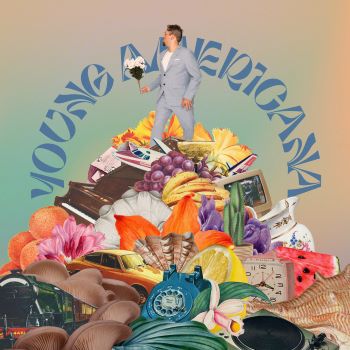 ‘Young Americana’ is the newest release from a New York singer songwriter, JAK LIZARD… an artist with over five million music streams to his name!

Lizard is from a musical family. His father’s a guitar player and his mother was a street performer and he was brought  up to the sounds of  Stevie Wonder, Sly and the Family Stone and a plethora of soul greats. Bob Dylan was a big influence too  and it’s those sounds (and a lot more) that can be heard running through the 6 tracker that is ‘Young Americana’ – an EP which, we’re told, is inspired by the music popular in the Hudson Valley region of New York state.

Like a lot of currernt music, ‘Young Americana’ was created during the pandmeic and Jak says that he hopes the music will provide food for thought as well as somekind of healing balm. He says: “In the news we hear a lot about people’s idea of America and what it means to them and it never sat right with me. While there is so much to feel anxious and down about within the world, it’s been my true experience with all shapes, sizes, colours, and cultures of people that there is something of true happiness and worth to how we’re all living. I spent a year and half listening, learning, and falling in love with life and everyone involved in it. It’s that pure freeing feeling that helped shape ‘Young Americana’”

Consequently, optimism is the prevailing mood of the EP while sonically there’s plenty of rough-hewn blue-eyed soul. Out now!