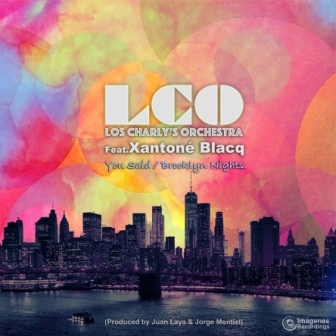 First up the insistent ‘You Said’ which comes in two mixes – the original and the “lowdown” edit. Nothing to choose between them – both will have you strutting your stuff alongside Xantone Blacq’s vocal!

The putative B side, ‘Brooklyn Nights’ is a little more low key. It’s an easy-on-the-ear instrumental, conjuring up images of nocturnal rambles through the avenues and streets of the Big Apple!