YOU BRING ME JOY! 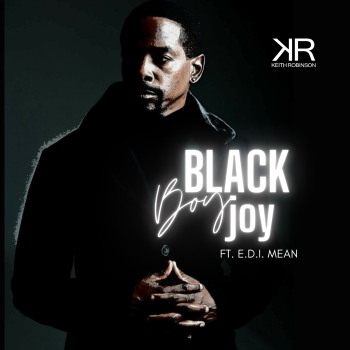 KEITH ROBINSON is an American singer/songwriter and actor. Working out of L.A. he’s familiar to US viewers via a number of TV series  while his movie credits include roles in ‘Fat Albert’, ‘Mimic Sentinel’ and most famously ‘Dream Girls’ – he played CC White.

As a singer he once had a contract with Motown though nothing was ever released by the label. He did subsequently  release a ‘Love Episodic’ album in 2017 and he is working on a soon-to be released follow up, ‘Love Episodic 2’

From that LP and to tie in with Black History Month, Robinson has just released a single., ‘Black Boy Joy’ which he says “is my ode of encouragement to every black and brown king with dreams and aspirations and reminding them that they can reach and achieve every dream possible. I want us to continue to be uplifted by one another.”

Sonically it’s a heavy, contemporary R&B sound with a rap from E. D. I. Mean. It’s out now via the Scenes & Songs label imprint.