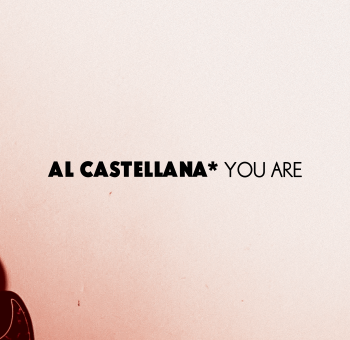 ‘You Are’ is the latest single from every thinking soul fans’ favourite Italian blue eyed soulster…. AL CASTELLANA. We say “latest” rather than “new” because the song is actually an old one. It first surfaced, we believe, on a 2018 ‘So Soulful’ compilation.  The album was part of a series compiled by a DJ who just wanted to be known as DJ SO SOULFUL! Castellana’s ‘You Are’ was one of the set’s highlights and its still sounds good – a cliché, yes, but you can hear why it had pride of place on an album called ‘So Soulful’ – it just is!

We’re told that the song will be a focus on Al’s upcoming album, The Right Place To Be’ – due soon. That album was announced last year by a lovely ‘Love Is Here’ single. Given the quality of that one and the resurrection of ‘You Are’ – we’re looking forward to the long player!