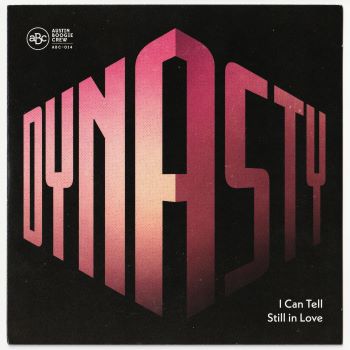 Remember those heady disco days. For sure! So, yes, you’ll have fond memories of DYNASTY… the band put together in the late 70s by Dick Griffey and Leon Sylvers @ Solar Records to keep the disco boom booming.

Originally a trio – Kevin Spencer, Nidra Beard and Linda Carriere – Dynasty  enjoyed success with a series of light and sweet, optimistic dancers with the best being the convincing ‘Adventures In The Land Of Music’. Since those chart riding days, the band has gone through numerous changes but over the last few years sometime member drummer Wardell Potts Jr worked to keep the band brand alive with his Dynasty Entertainment group.

In 2020 the revitalised Dynasty released the single ‘Escape’ – a great throwback sound, capturing the upbeat and classic Solar dance sound. Now as 2021 fades away Dynasty have launched another disco-era sounding single – ‘I Can Tell’.

The line-up on the song features the original trio alongside drummer Potts and bassist /keyboardist /producer Ricky Smith and between them they’ve crafted a tight dancer garnished with the flourishes that we loved from Solar Records.

The song is released digitally on December 31 and physically on a 7” vinyl single in early January with ‘Still In Love’ as the B side via Austin Boogie Crew Records.