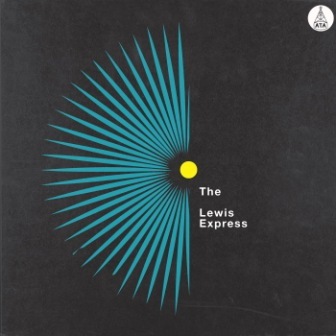 Up in deepest, darkest Leeds, there’s a lovely little label – ATA Records. Over the years they’ve issued some great and never-less-than interesting sounds. Like all great labels, they have a studio band of sorts – well a team of players who have featured on some/all of their stuff.

The core musicians are George Cooper, Piano; Neil Innes, Bass; Sam Hobbs, Drums; and Pete Williams, Percussion and a few months back they entered the studio for an intense two day session. The fruits of their labours are about to win a release (end of month) as THE LEWIS EXPRESS…. and that name offers a clue as to the kind of music they cooked up. Yep, the boys are big fans of classic 60s soul-jazz as delivered by people like Ramsey Lewis, Young-Holt, Ray Bryant and Cannonball Adderley. And if that’s not enough to stir your interest, you shouldn’t be reading this!

There are just seven tunes on the album and the one that really does evoke the memories of those golden days is ‘Brother Move On ‘ – it’s a steady groove but there are definite echoes of ‘The In Crowd’ and ‘soulful Strut’ – maybe just a little slower; tasty though!

Elsewhere ‘Cancao De Momento’ is (obviously) a Brazilian samba romp while ‘Theme From The Watcher’ is a nod to the cinematic soul-jazz of the 60s. More Ramsey Lewis flavours on ‘Last Man In The Chain Gang’ and for the vocal go straight to ‘Straight Seven Strut’ – with a French vocal right off the Left Bank of the 60s.

It’s all very pleasing and clever and you can catch the Lewis Express at a music station very soon.