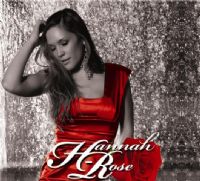 23 year old HANNAH-ROSE is an unknown name on the UK soul scene, but the autumn release of her debut album, ‘Sorry To Keep Ya Waiting’, is set to change all that. The sampler currently doing the rounds shows HANNAH to possess a husky, true soul voice that’s as much at home handling sensitive ballads as bouncy R&B beaters. Ms. R resides in Blackpool and her family roots are Sicilian, Hawaiian and Caribbean. Dad’s a professional bass player and from an early age HANNAH worked with him in the studio. A finalist in 2007’s Urban Voice contest, she’s since been working on her debut set. Amongst the songs is an impressive ’17 Days’ which proves that DUFFY and AMY don’t own the monopoly on contemporary UK femme soul, while ‘Rock Your Soul’ would give any R&B princess a real run for their dollars. Best of the bunch though is the shimmering ‘Watching You’. It has a captivating, 60s cinematic feel and a hook to die for.
More info – www.myspace.com/hannahroseenright www.artistecard.com/hannahrose

Tags: WORTH THE WAIT