WORKING IN THE COLEMINE! 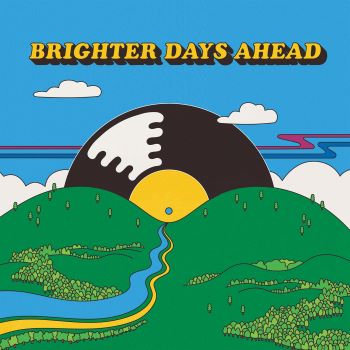 Indie soul collectors and fans of the quirky and esoteric will know all about COLEMINE RECORDS. It was started in 2007 by Terry Cole as a vehicle to market his band’s album. (The band were a hip-hop/funk hybrid, Soundscape). Despite the band’s misgivings the album was moderately successful thanks in many ways to Dusty Groove Records and it eventually became “big in Japan”!

Cole and his team then started releasing more records – most from bands and artists they knew and liked. The label’s mission statement was simple – just to release music that Cole and his colleagues loved, across all kinds of genres – including, of course, indie soul.

If you’re not up to speed with Colemine and what they now offer, may we point you to a simply wonderful new 22 track compilation, ‘BRIGHTER DAYS AHEAD’ (now there’s a great title!). The collection is really a child of the pandemic. With everything on hold in 2020, Colemine ditched their schedule and instead released a slew of singles and most of ‘em (with a few extras) are here on ‘Brighter Days Ahead’.

The collection includes all kind of everything – including plenty of quite excellent indie and left-field soul. Here’s some of the soul highlights – ‘What’s His Name’ from the Three Sinseers is a lovely melding of funk with doo-wop harmonies; the Resonaires’ ‘Standing With You’ is a beautiful shimmering old school, uptown soul ballad; ‘Nothing But His Love’ from the Harlem Gospel Travellers is a standout too. There’s also Daptone flavours, soul-jazz (a great organ-led cover of ’Inner City Blues’), blues and blue-eyed soul – you’ll already be familiar with Young Gun Silver Fox’s ‘Baby Girl’ included here.

‘Brighter Days Ahead’ is out now and it comes recommended for those with broad tastes and who like their music a little quirky and esoteric. It comes in a limited edition of 500 LPs on blue and yellow vinyl (from the Colemine online store only), a pressing of 1500 random coloured vinyl from indie retailers and in unlimited black vinyl. There’s also a CD version and all kinds of things like mugs and T shirts to go with the music. Find out more @ www.coleminerecords.com