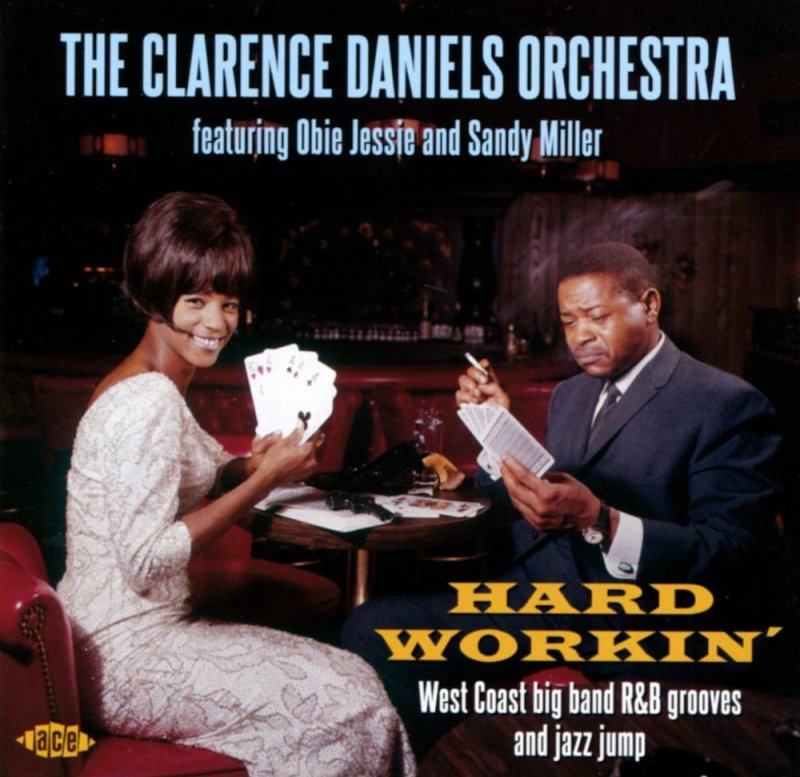 Phoenix-born CLARENCE DANIELS was a bassist who, after relocating to Los Angeles in the 50s, put together his own big band – or as he liked to call it an “orchestra”! Never a musica l”name” Daniels and his team made a living playing the lounges and casinos of Reno and Las Vegas. He also recorded a couple of albums and, it seems, three singles. They meant nothing; he probably intended them as calling cards for his live shows – where he earned his bread and butter.

Fast forward to the crate digging generation, and Clarence Daniels’ records are now in-demand! So, to satisfy, Ace Records have just issued a 20 track retrospective of Clarence Daniel’s work. ‘Hard Workin’ is sub-titled “West Coast big band R&B grooves and jazz jump” and that just about sums up the sound which Daniel’s band peddled. It seems that the tunes attracting the collectors are those that feature vocalists Obie Jessie and Sandy Miller though the cut that best represents Daniels’ sound is the jazz/blues that is ‘Hello California; on which Daniels himself offers a vocal that is pitched around a subdued Bobby Bland template.