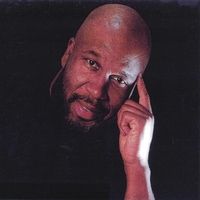 2010 has claimed its second major soul casualty. American news agencies are carrying the story of the death of soul veteran WOODY CUNNINGHAM. CUNNINGHAM, born in Baltimore, is maybe best known as the leader of ’80s funk band, KLEEER. Not only was he the band’s drummer but he also wrote and produced many of their songs and took on many of the vocals… some of which became familiar to the hip-hop generation through extensive sampling. Prior to KLEER, WOODY was an in-demand session player working for, amongst others, the Salsoul set up and LUTHER VANDROSS. In the ’90s WOODY worked as a solo artist and was to enjoy a renaissance when he was contacted by Manchester’s ANDY “MADHATTER” HOLMES who knew the esteem that CUNNINGHAM was held in on the UK modern soul scene. This led to the release of ‘Oooh With You’ in 1994 on Old English, a Manchester label. When he came to the U.K. to do some promotion, CUNNINGHAM went in the studio with producers HOLMES, STEVE CHRISTIAN, and SI BRAD to work on his solo debut album ‘Never Say Never’ … a classic set of ’80s-style soul. It was released in 1997 by Expansion. His next album was ‘Universal Love’, and it showed a jazzier side to CUNNINGHAM’S artistry. That CD was also released on Expansion though more recently WOODY had been working with PHIL DRIVER’S UK-based Soul Unsigned set up offering a wonderful remix of ‘Never Say Never’ for that label’s Contemporary Soul Songbook Volume