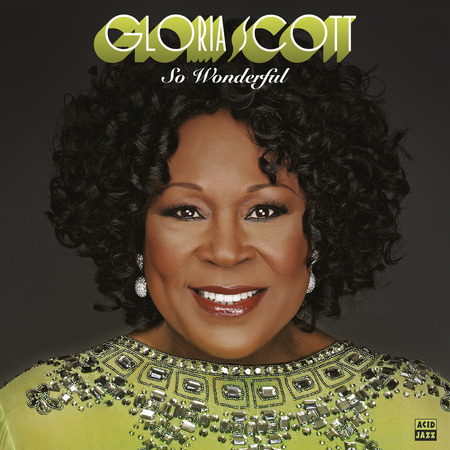 Well-read connoisseurs of vintage soul music will need no introduction to the Texas singer Gloria Scott, whose 1974 Casablanca Records’ album ‘What Am I Gonna Do’ became a cult favourite of the UK’s Rare Groove scene in the late ‘80s with copies exchanging hands between collectors for three figures.

48 years after her debut album came out, Gloria, now 76 but sounding as fabulous as in her heyday, drops her long-awaited second album on 30 September via the UK’s iconic Acid Jazz label. It’s called ‘Wonderful’ and finds the former Ikette serving up ten tracks produced by the noted British producer, arranger, and drummer, Andrew McGuiness, whom she first worked with at the Baltic Soul Weekender in 2009 when she sang ‘What Am I Gonna Do’ with his Baltic Soul Orchestra.

‘Promised Land,’ the first single from the album, is now followed up by another taster from the forthcoming long-player: ‘All Of The Time, You’re On My Mind,’ a hypnotic groove ballad whose lush orchestration has echoes of Barry White’s opulent production sound for Gloria in the ‘70s.

Scott, a gospel-reared singer who hails from Port Arthur, Texas, was a protege of Sly Stone and led the San Francisco-based group Gloria Scott & The Tonettes in the early 1960s before joining Ike & Tina Turner’s soul revue later in the same decade as one of the Ikettes. In 1974, she joined the Casablanca label where she was mentored by Barry White, who produced her only album, ‘What Am I Gonna Do’ as well as the non-album hit single, ‘Just As Long As We’re Together (There Will Be No Other).’ Prior to recording for Acid Jazz, in 2010 Gloria cut a single for Cool Million’s SedSoul label: an update of the Chicago house group Ten City’s anthemic late-’80s dance number, ‘That’s The Way Love Is.’

Gloria Scott’s single ‘All Of The Time, You’re On My Mind’ is out now via Acid Jazz Records. The album ‘So Wonderful’ will follow on 30th September.